We can all recall, that there’s was a time Zlatan reveals he has Patoranking on the album, well that’s all a scam, cause with the tracklist on Apple Music, the reggae dancehall act, Pato was nowhere to be found.

Zlatan only featured Tiwa Savage on his debut album, more than 80% of Zlatan hit songs are the one he featured someone or they feature him. 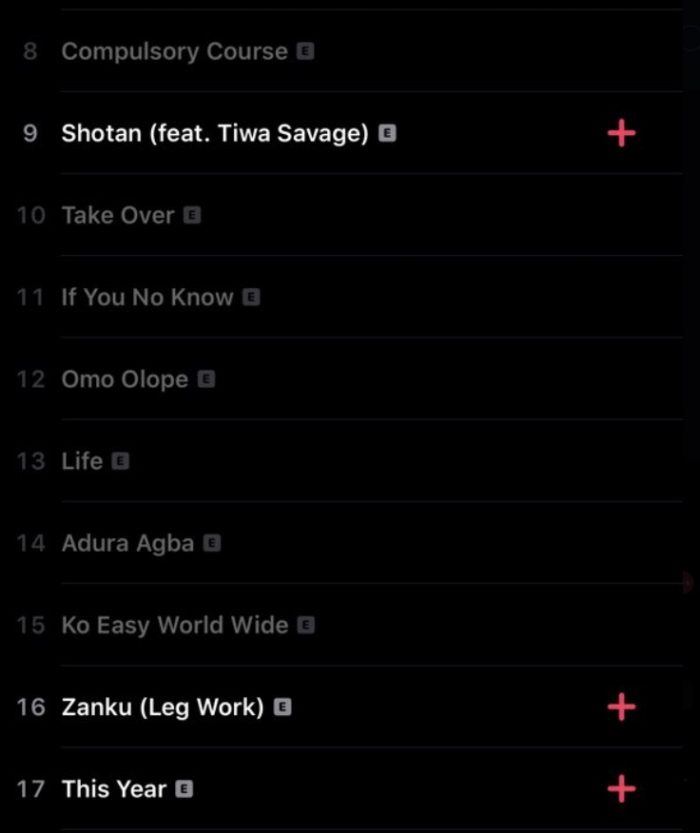