Mixtape of the Month 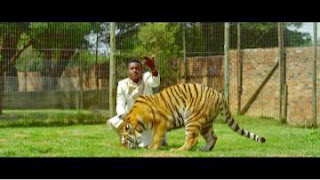 Bio:Born Fakayode Oluwatimileyin Amos Jnr, T.I.M (which is an acronym for Time is Money) T.I.M decided to pursue his first love which is music and has over the past few years developed several skills as a multi-genre  writer, singer, rapper, and music producer.
After a short trip to Langley,Virginia USA (which houses the head office of the CIA), he was inspired by the sophistication of the security in the city of Langley  , he decided to create a movement called the ‘Langley Movement’, a movement which has since earned him the second name (or aka) as ‘Mr Langley.also has he done some collabos with chris brown and some other top overseas acts b4 he decided to drop dis for his own peeps here in nigeria follow this piece directed by SESAN OGUNRO’

Nigerian entertainment in 2002 and 20 years after
U