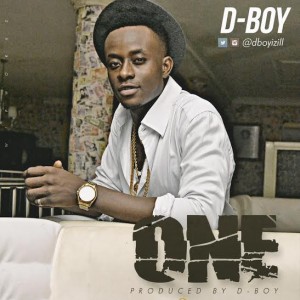 Oluwadamilare Ohu aka D-boy or D-boy Beatz is a rapper, singer, producer and performing artiste.

He hails from the city of Ibadan. D-boy started his music career 2008. In may 2015 he released a brilliant song, project titled “Big Fish” which is still getting airplay and also got him couple of award nominations last year.

D-boy is currently unsigned to any record label but he runs his own music production company called “D-boy Beatz Production” which is registered under the “Corporate Affairs Commission”.

It’s my greatest honor to introduce to you ONE is his latest project and first release for the year 2016, the song was produced and arranged by him.