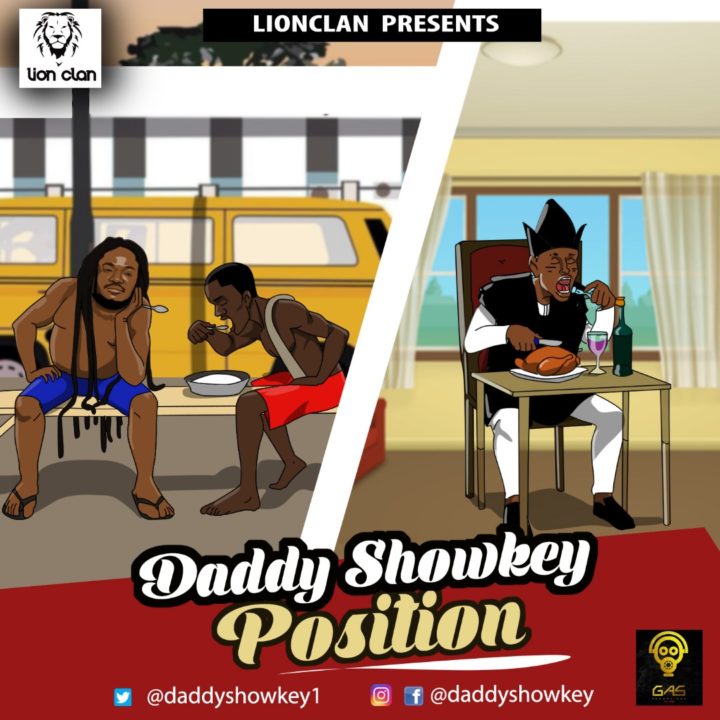 Born as John Asiemo but known as Daddy Showkey all over the Ghetto and for his famous galala style from the late 1990s, the veteran singer, currently signed to Lionclan dishes out his first offering for the year 2018 titled Position.

Position is a follow up to his last record “Showkey Again” which was released in February 2017. After about 16 months of no musical releases, i’m sure his teeming fans would be pleased with this new material.

The upbeat record has some party feel in it but that shouldn’t make the listener deviate from the messages the veteran tries to send across. Daddy Showkey sees the need for one to cut their coat according to their cloth. The veteran wants his listeners to undertake only in what they have the money or ability to do and no more.