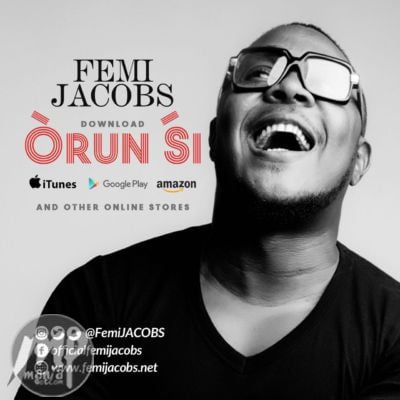 Listen & Download | Femi Jacobs – Orun Si | Femi Jacobs, Nollywood actor best known for his iconic role as Mr M in ‘The Meeting’ has released a new single ‘Orun Si’ alongside new promotional images. This comes a few years after the last single from the respected actor who started out as a gospel act.

According to him, both hold different but equal places in his heart.
He says: “Music is how I relax and express the inspirational side of me. I grew up as a choir boy and I don’t think that part of me could ever change. “Orun Si” means “Heaven opens.” It’s a song that expresses the heart of a person on an open road, someone who feels some special divine ‘permission’ to live their dreams and be great.

This signifies a new expression for FJ who feels he wants to now record songs to help people speak positively over their own lives and “win the war between their ears.” No doubt “Orun Si” will get you praying and dreaming gratefully, things we all need to do more often.