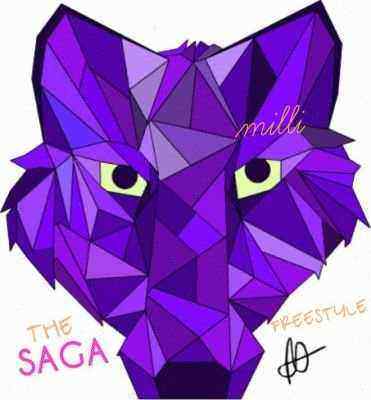 “Chocolate City’s new signee, Milli, who was first heard on ‘Yours’ and‘Brother’ on M.I’s ‘The Chairman’ and later featured on The CBN album on tracks like ‘Go Hard’ and ‘Drank’ – is presently putting final touches to his EP ‘Childish’ which features Ice Prince Zamani and Dice Ailes.”

Whilst fans are waiting fervently to get their hands on the EP – Milli keeps them enticed by dropping ‘The Saga Freestyle’ – originally by South African artist and producer, Anatii featuring AKA