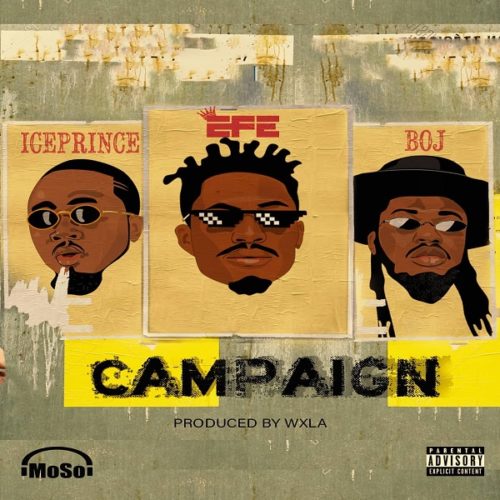 The 2018 winner of BBN who joined the music scene with his game continues to impress. He is here again with another jam after the success of his last effort ‘Scammer‘ featuring Tulenkey.

Efe raps about those that wrote him off and told him to quit music, he adds that he is not here to follow their nonsense Campaign. Ice Prince on this is a plus while BOJ made it more consumable with his cool boy vibe & melody.