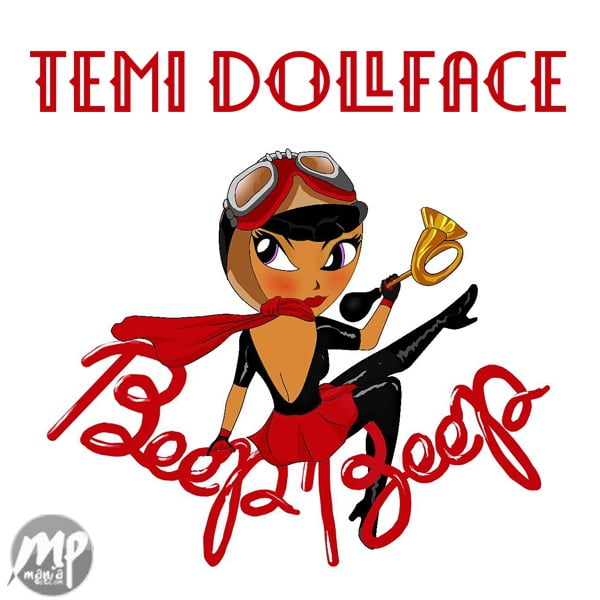 Listen & Download | Temi Dollface – Beep Beep | Produced by Ikon of Syndk8 Fame | Stand Out Track “Beep Beep”, in which Temi DollFace leads us into her own cosmos of self-love with the help of spoken poeticisms from renowned talent, Black Magic, is bang on trend with the movement of ‘Girl Power’ towards the centre of pop culture and political conversations. The record is an ode to Self-Celebration, hence Temi’s decision to release the song on her birthday 2nd of August 2016.

Though never straying far from killer pop hook – “I’m Not One To Toot My Horn, But Beep Beep! Beep Beep! ”, Temi asserts herself as a skillful songwriter with her cerebrally artful way with words as she locates heroism in all the personas she embodies, from ‘Wonder Woman’ and Hip-Swinging ‘Marilyn Monroe’, to‘Mother Christmas’ with her very own Hundred Dollar Bill.
“Beep Beep” is Drama Soul at its best with the depth and width of Temi’s disarming vocals fully on display, and the haunting Afrobeat-come-Rock ‘n’ Roll rhythm of the instrumental she co-produced with the talented Ikon of Syndik8 fame.

Running with the significance of the power of ‘Two’, Temi has thrown in an accompanying lyric video that aids the descriptions of her different personas with fun cartoon illustrations.