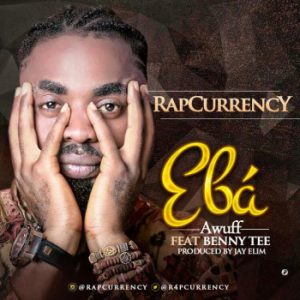 Stephen Ajayi Babafemi well known as Rapcurrency ws born and brought up from the northern part of the country Nigeria Kano State to be precise while Ondo State is the origin.

He started music in 2006 in Kano state with a crew well known as Best Ryders in 2009 where he later moved to Lagos to step up the game and he dropped two singles in 2011 which was called #Thank God and #Big Boi On Own, Rapcurrency is out with another street and club banger titled EBA ft Benny Tee, Produced by Jay Elim mixed by Flexy Abila.