Diane Kruger shared a sweet shot with her daughter on Wednesday, October 23. 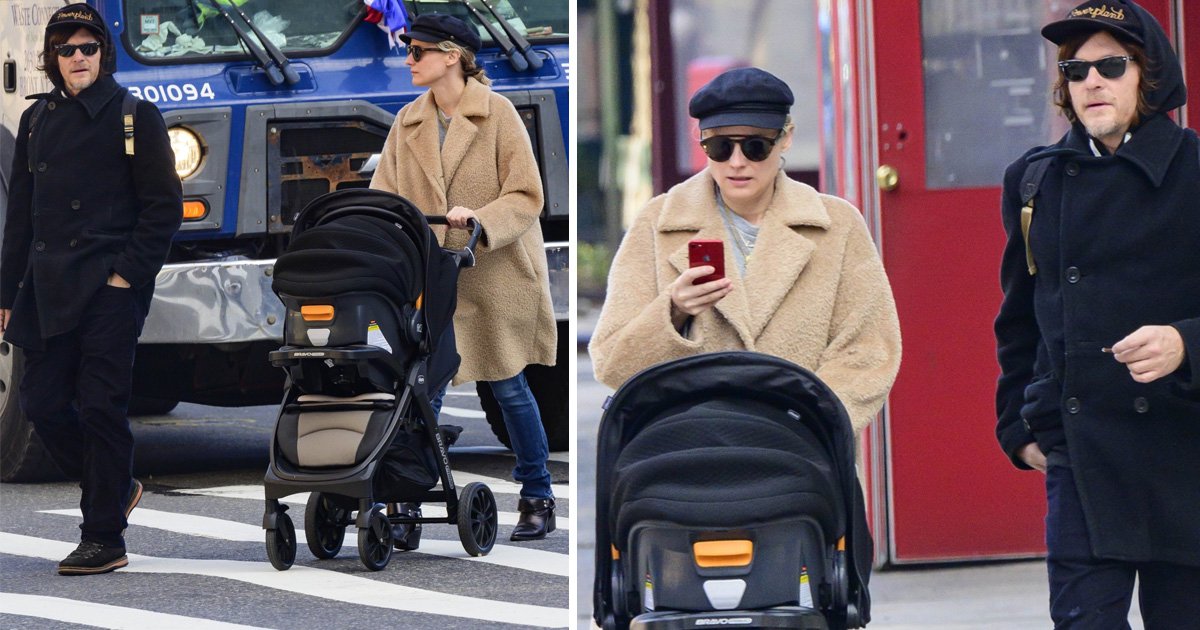 “My everything,” the actress, 43, captioned a black-and-white Instagram post with her baby girl. While Kruger faced the camera in the outdoor photo, only the back of her daughter’s head could be seen. The little one wore a striped top and a bib.

“[Love] u,” Norman Reedus, commented on the social media upload.

Us Weekly confirmed in November 2018 that he and the National Treasure star had welcomed their first child together. (The Walking Dead star, 50, already shares 20-year-old son, Mingus, with his ex-girlfriend, Helena Christensen).

The actor spoke to Us Weekly exclusively earlier this month about his daughter’s milestones. “She says Papa and Dada,” the Florida native revealed. “She’s just started saying mamamamama. It’s probably just easier to say [my name]. I’m going to take it that it’s all about me.”

While the Ride With Norman Reedus star hasn’t had an “easy” time balancing his baby with his career, he told Us at the time: “Of course I see her. I have jelly on me from this morning, but [filming TWD] is a hard schedule even without a baby.”

Reedus and his little one have a sweet bond, Kruger told Us exclusively in April. “He just looks at her with unconditional love,” the Bridge alum said at the time. “I wish he looked at me like that! He’s just very great with her.”

Mingus is also “great” in his big brother role, the German actress shared. “Nineteen years is a big gap, so he’s stepping up to be protective,” she explained.

That being said, Kruger and Reedus don’t have any plans to expand their family. “I’m done!” the model told Us. “I think our family is pretty much complete.”

She is enjoying these early days with her daughter, who is “not really girly” so far. “It’s fun to have a girl, I will say, although … she’s more of a dude,” Kruger told Us.

The pair met in 2015 while costarring in Sky and made their red carpet debut at the Golden Globes three years later. In May, Us broke the news that Kruger was pregnant.

Patoranking celebrates his daughter Wilmer, on her first birthday

Apostle Johnson Suleman celebrates his daughter on her 13th birthday