HBO Series, Game Of Thrones star, Emilia Clarke, took the world by surprise after she revealed she had just finished filming the first series of Game of Thrones when she suffered a devastating brain haemorrhage that left her in intensive care. 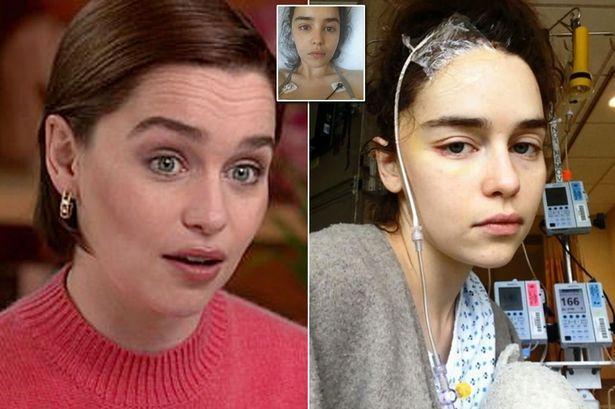 She managed to get back to work, filming other seasons of the show and putting on a brave face while going in and out of the hospital. 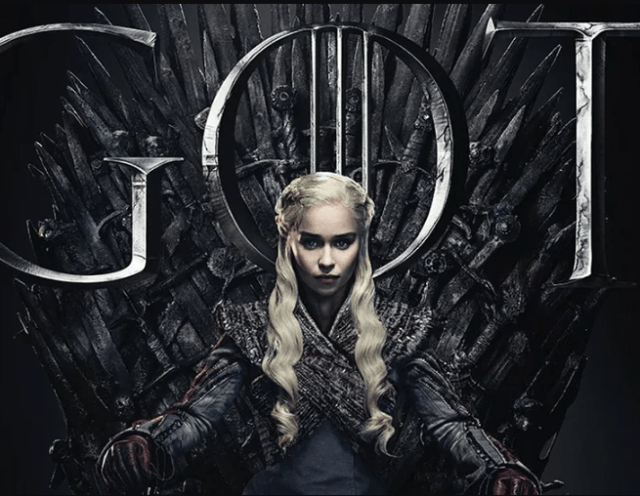 Her story came as a shock to most people because she hid it so well and bravely carried on.

She has now shared candid snaps from the hospital during her recovery from her first brain aneurysm which occurred when she was just 24. 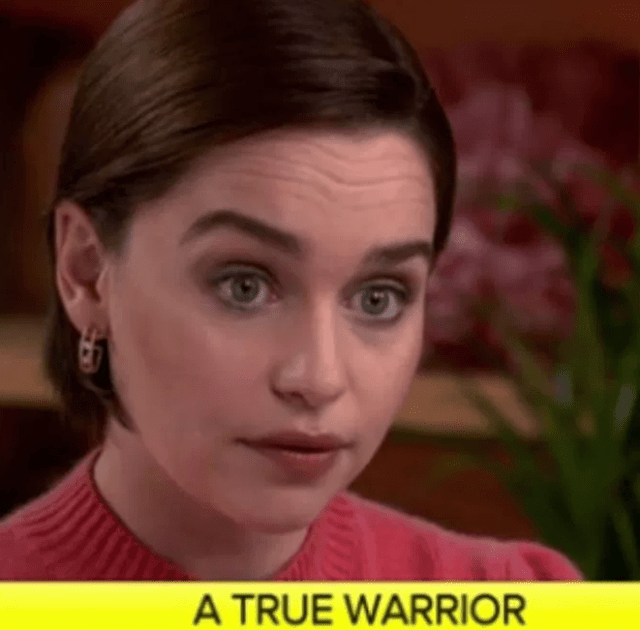 Emilia, now 32, showed the images during an interview on America’s CBS Sunday Morning and spoke openly about how she bounced back from the ordeal.

She was diagnosed with a subarachnoid haemorrhage (SAH), a life-threatening type of stroke, which was caused by a brain aneurysm. 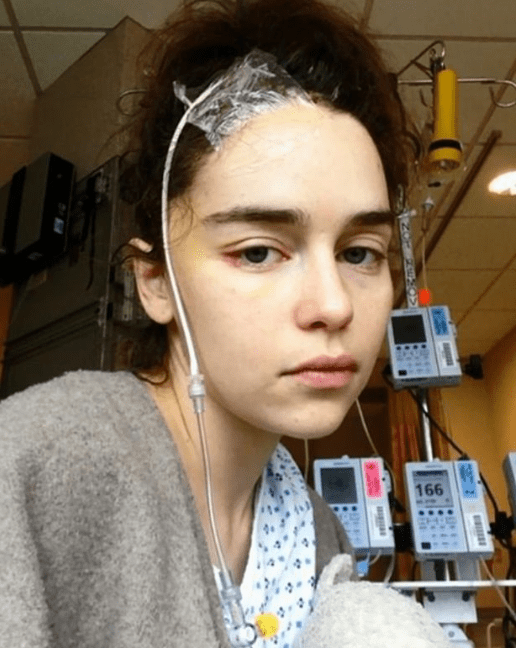 After spending five days in intensive care, Emilia managed to recover and go back to work but had to undergo second brain surgery in 2013, which failed and she suffered a brain bleed that nearly killed her. It meant she had to go under the knife for the third time for another life-saving operation.

Emilia survived by she says that she lost hope after the second brain bleed. 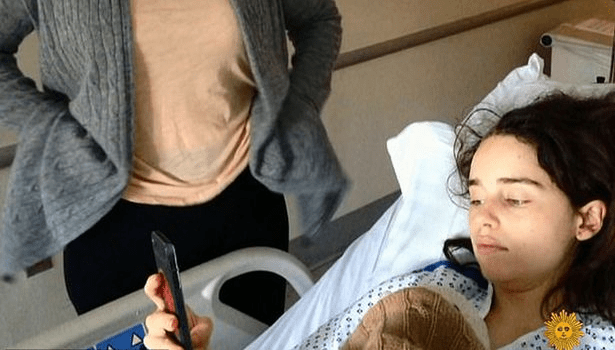 “In my worst moments, I wanted to pull the plug. I asked the medical staff to let me die. My job – my entire dream of what my life would be- centred on language, on communication. Without that, I was lost.”

However, she managed to recover and felt that going back to Game of Thrones to play warrior queen Daenerys Targaryen helped put her back in a more positive frame of mind. 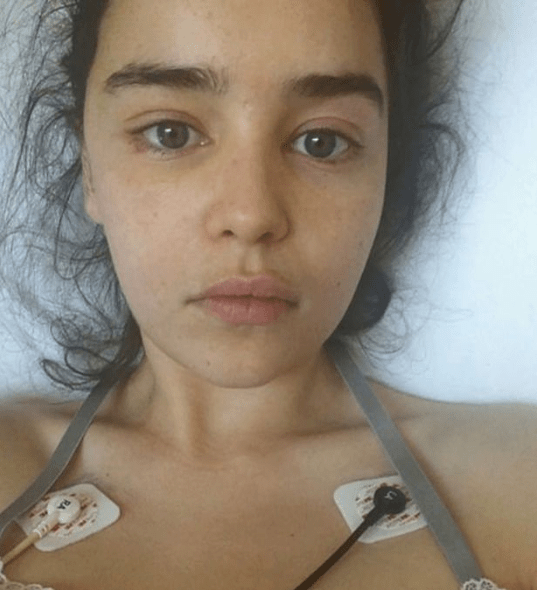 “You go on the set, and you play a badass character, and you walk through fire, and you speak to hundreds of people, and you’re being asked to be – to work as hard as you possibly can. And that became the thing that just saved me from considering my own mortality, yeah.”

Lord Of Ajasa gets discharged from Hospital, says many…