As one of the greatest footballers of his generation and of all time, Cristiano Ronaldo has achieved global fame, success and a muscular body. And he’s not afraid to show any of those three things off for his fans. 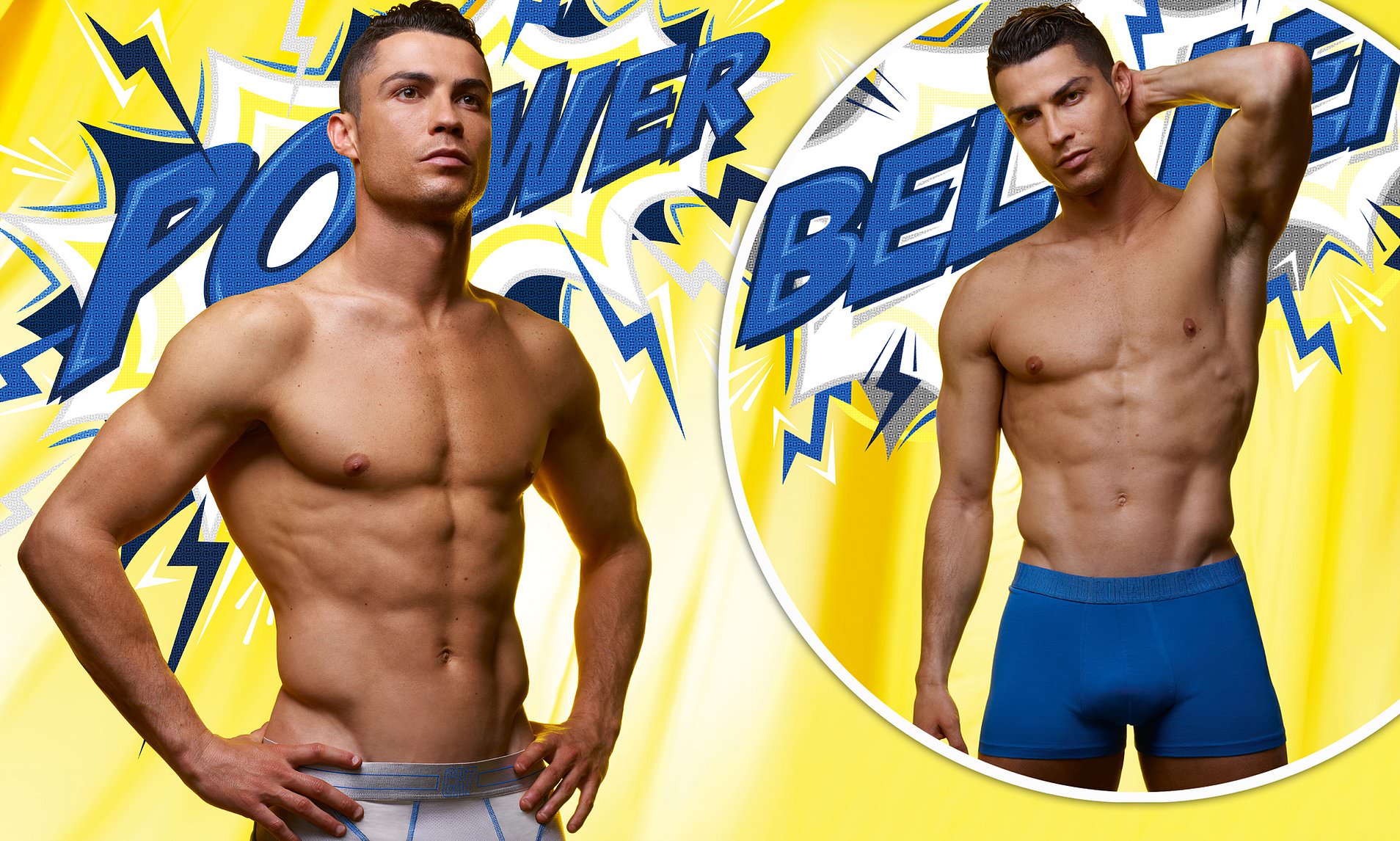 The Juventus player, 34, has stripped down to just his boxers to model his latest CR7 Underwear collection. 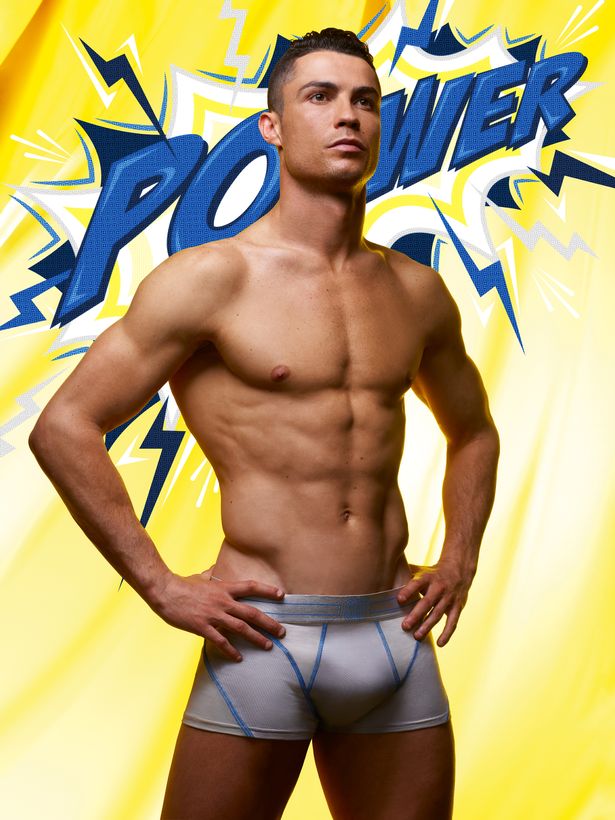 Showing off his rippling abs, Ronaldo dons several pairs of brightly coloured pants from the range as he poses in front of comic book slogans. 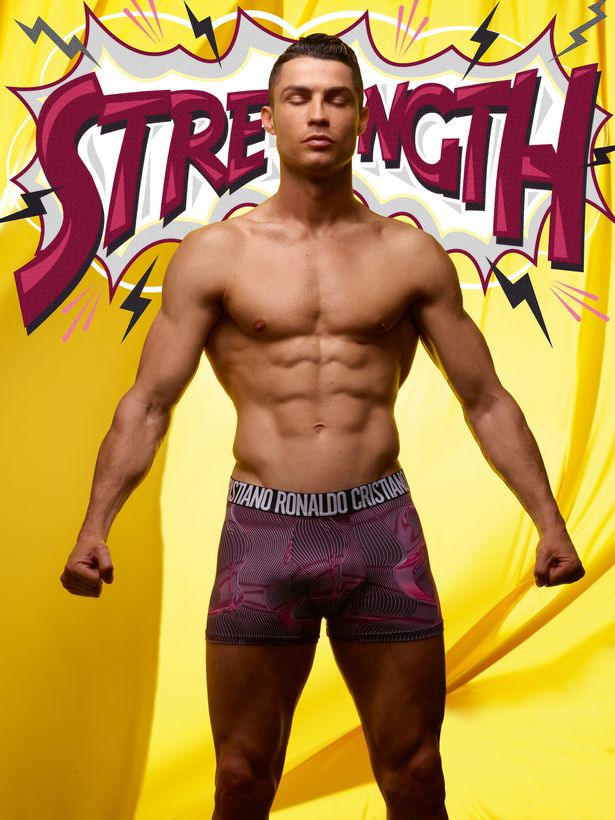 The words include ‘power’, ‘strength’ and ‘belief’, which have all been written in a pop art font. The footballer’s campaign is encouraging his fans and customers to embrace their own superpowers. 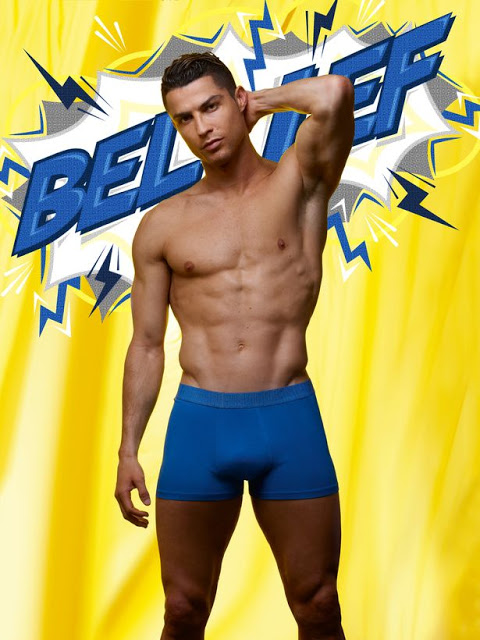 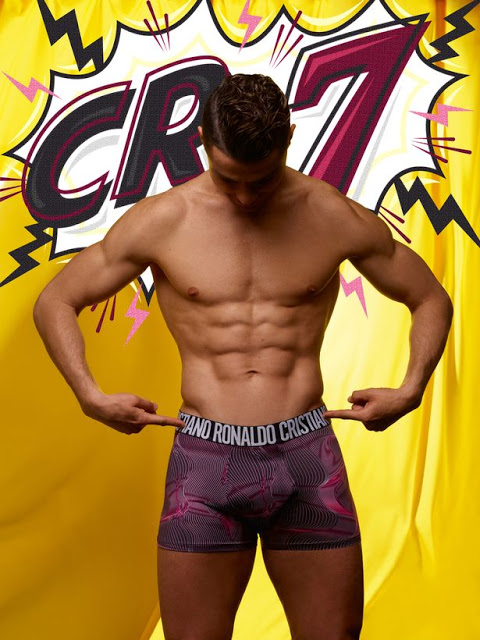