Cardi B is once again making money moves with her latest reign on the Billboard charts. “MotorSport,” featuring Nicki Minaj and the Migos, has officially jumped from #15 to #6 on the Billboard Hot 100 chart, seeing Cardi as the first female emcee to place in the top ten with her first three singles. 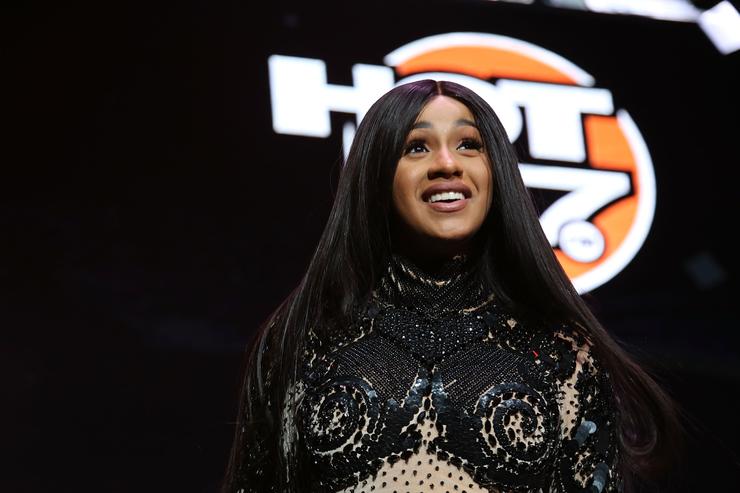 As we all now know, “Bodak Yellow” killed the charts since Cardi became the first female artist to take the top spot without any features since Lauryn Hill’s “Doo Wop (That Thing)” in 1998. Her third success comes from her G-Eazy led single “No Limit” with A$AP Rocky that reached a new high at #7 last week.

“Motorsport” now has Cardi playing with 15 top-ten placements, extending her record even more with the most appearances for a female in the rap game. Whether you’re a fan or not, you gotta admit that she’s doing something right.

“I have a lot of pressure on me,” she said in a series of tweets a while back. “I have songs stashed up. I just don’t think they qualified for my album. Sometimes I think is [sic] ready sometimes I think it’s not so I’m going to take my time till it’s right.”

Why Olamide Might Never Hit Same Level as Wizkid & Davido

Boomplay partners with Billboard for inclusion on Charts

Billboard 200: Wizkid’s ‘Made In Lagos’ becomes the highest-charting Nigerian album of all time

Billboard 200: Wizkid’s 'Made In Lagos' becomes the highest charting Nigerian album of all-time

Cardi B & Offset welcome their first ‘Baby Boy’ together

Cardi B & Offset welcome their first 'Baby Boy' together