Checkout the crazy revenge this girl pulled on her cheating boyfriend

A young girl simply identified as Harriet, from Cheshire whose boyfriend cheated on, devised a way to get a revenge on him and it’s crazy.

After their relationship packed up due his cheating, the boyfriend, Dan asked her to pay back the $17 ticket he bought for Justin Bieber’s concert.

She decided to pay him back one penny everyday which means he would get his complete money after 17 years. She shared screen grabs of their conversation on twitter. 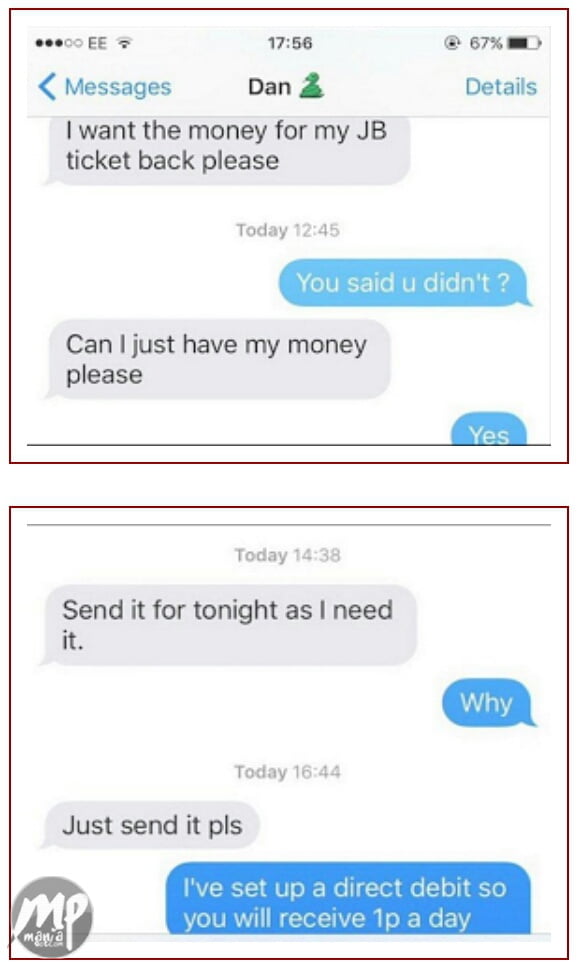 Justin Bieber performs at Home for the Tiny Desk Concert