Portugal captain Cristiano Ronaldo took some time out to take selfies with fans in France and even addressed them after the Portuguese football team took part in training at the French national rugby team’s camp in Marcoussis, near Paris. 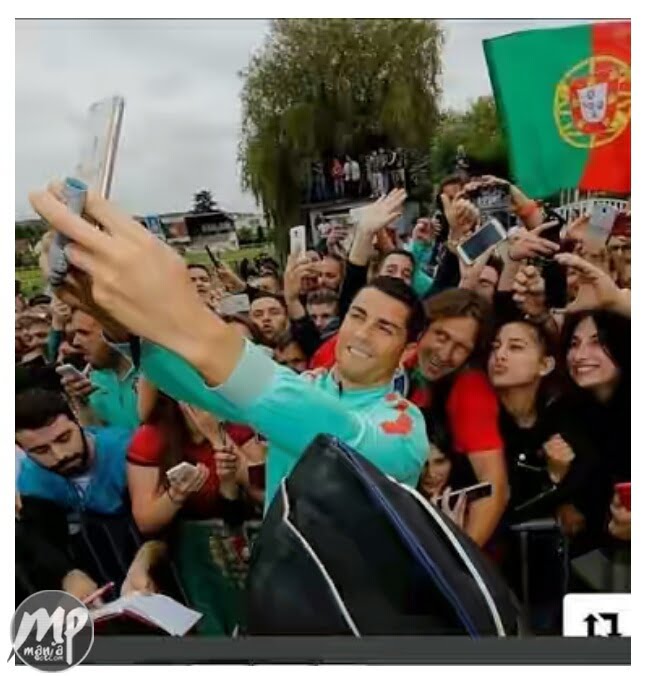 Portugal is set to play Wales in the semi-final of Euro 2016 on Wednesday. More photos below; 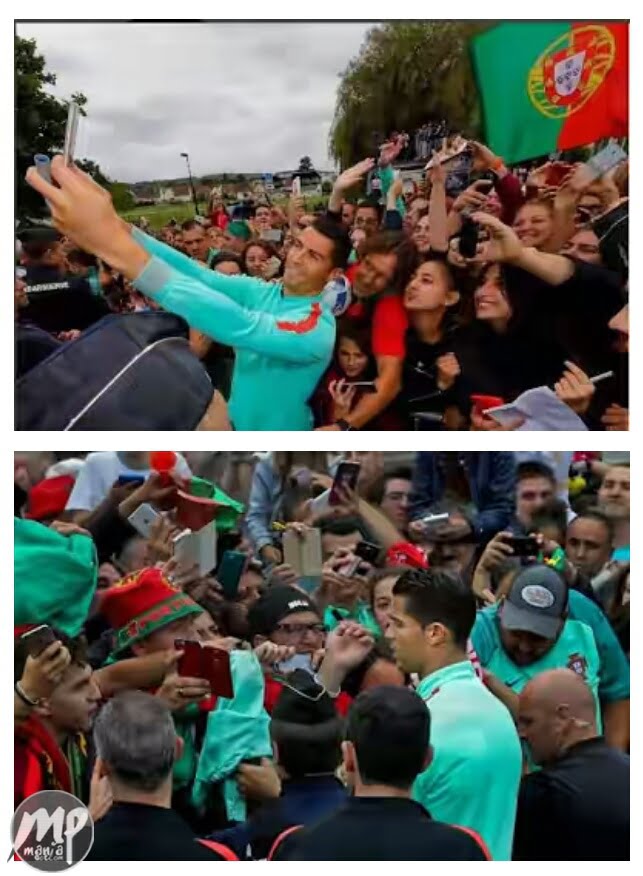 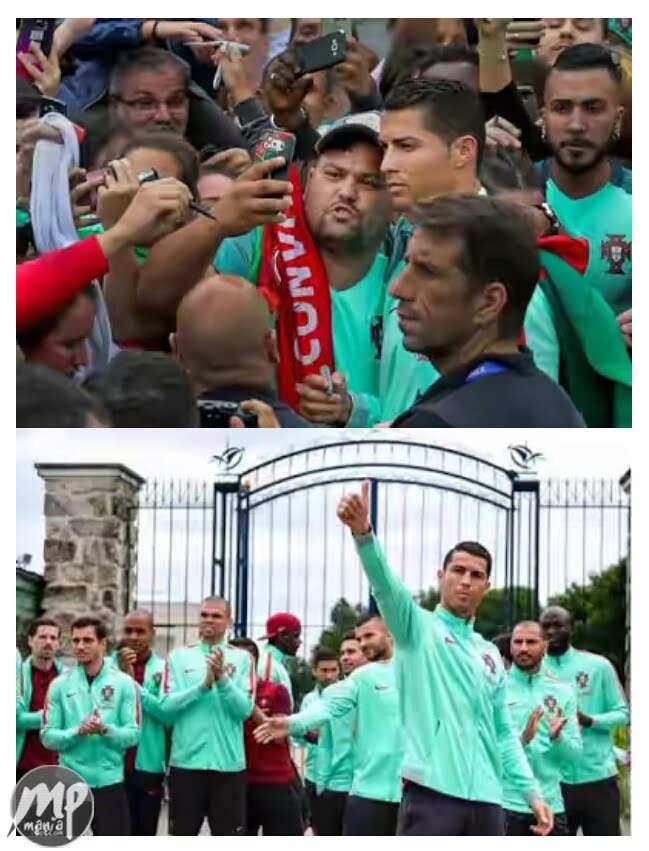 Checkout the Christmas photo of Cristiano Ronaldo with his family

Is there a bigger Narcissist? Checkout Cristiano Ronaldo customized blanket