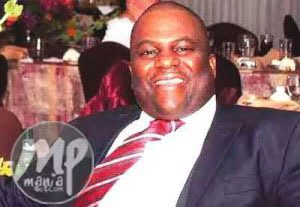 “How FCMB’s Nwakoby Actually Died” – Police | The Lagos state police command has exonerated First City Monument Bank  (FCMB) of having any dealings in the death of a head of operations of the bank, Mr Olisa Nwakoby, who allegedly shot himself in front of his priest.

Contrary to earlier report that he killed himself over a bad loan he gave to a client, investigations revealed  that his death was because of personal frustrations. 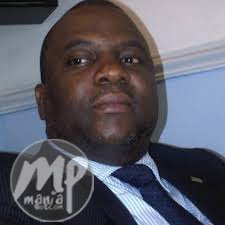 The catholic priest in charge of our lady star of sea catholic church, Northern Foreshore Estate Lekki, whom police tagged the ‘first witness’ was grilled by detectives with a view to aiding police investigations.
It has also been revealed that deceased banker committed suicide without consulting anyone else aside from his pastor.
A police source said that they discovered that the bank was not responsible for the death since there was no pressure on him from the management concerning any loan at all.
Findings also revealed that Nwakoby did not approve any  loan that had become delinquent, nor was he under any pressure from his superiors to recover any money for the bank.
Related Posts

The source who spoke to newsmen, narrated how the deceased had amassed huge debt from personal commitments and was on the verge of ‘losing everything’.
“He was very worried when he walked up to me to narrate his debt burden. I was shocked to hear that he had killed himself despite all the assurances I gave him just a night before. This is the most heart breaking moment of my life”, the source said.
Another close friend of the deceased, who spoke on condition of anonymity disclosed that he was aware Nwakoby had some routine issues with the Economic and Financial Crimes Commission (EFCC) lately.
“I heard he was owing someone to the tune of N300 million and when he was unable to pay,  the person started putting pressure on him to pay. He was in and out of EFCC and getting desperate.
His whole family was helping to raise the money, while his brother put his property in lekki on the market. He also tried to sell his own house. He was going gaga but everyone was begging him to calm down”
He convinced his branch manager to transfer N300 million to the person but the transaction was flagged at head office.
Before investigations could be carried out by the bank, he went to his priest and unfortunately shot himself in the premises of his church.
Share TwitterPinterestTelegramWhatsAppFacebook