Jhene Aiko doesn’t care about the backlash following her desicion to file for divorce from herhusband and producer, Dot da Genuis. 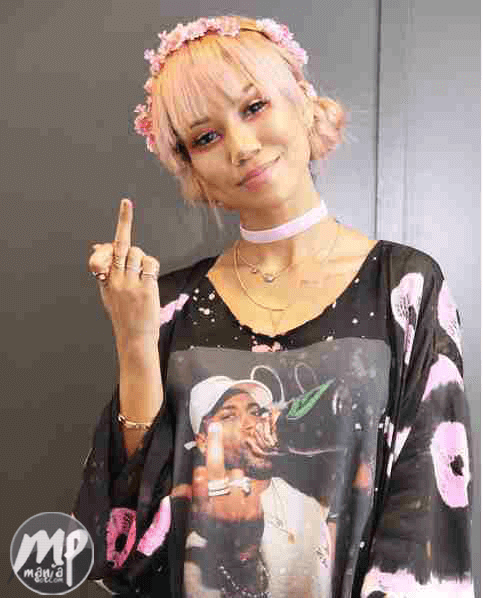 She alleged he was cheating on her,was abusive andwas even bffs with his ex girlfriend.

However fans felt she shouldn’t have responded by openly cheating with Big Sean and should have filed for divorce first.

Are Ariana Grande & Big Sean Back together?

Apparently, she doesn’t care and flipped her middle finger while rocking yet another Big Sean top.

Just incase you want to bash her on instagram, she has disabled her comments.

When a woman’s fed up with a man, there is nothing you can do about it.

She’s so pretty though!

Checkout cute honeymoon photo of Mercy Johnson and her husband

Are they having a baby? Jhene Aiko & Big Sean wear complementing hats

You think Jhene Aiko & Big Sean have broken up? Come and see this!