It all started when Justin Bieber posted the photo above and threatened to make his instagram private if his fans kept bashing his new girlfriend, Sofia Richie. 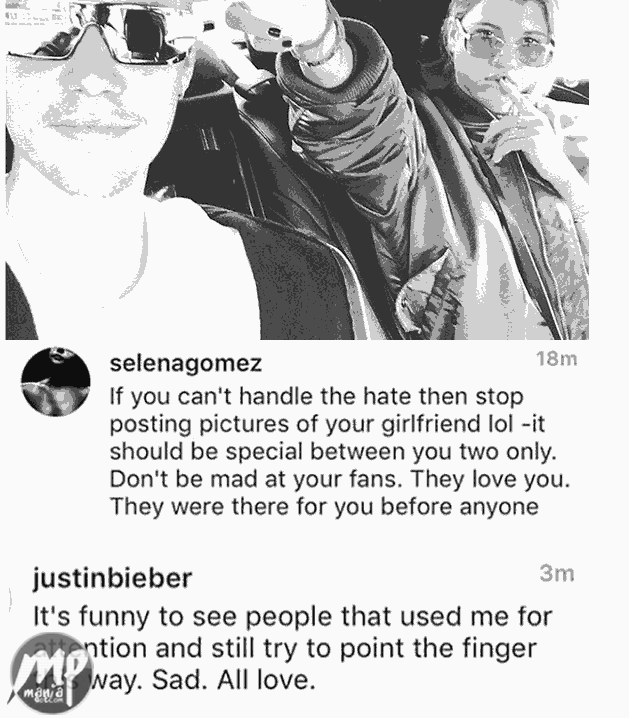 Selena Gomez, his ex and first official girlfriend, droppped a comment, telling him to stop posting his girlfriend’s pictures then.

Justin Bieber then accused her of using him for attention and in response, she accused him of cheating.

I just see two people who are still in love here.

Justin Bieber performs at Home for the Tiny Desk Concert