Kcee Admits To Having Issues To Settle With Harrysong

Award-winning singer, Kingsley Chinweike Okonkwo, popularly known in showbiz as Kcee, has admitted that the quarrel between himself and former collaborator and label-mate Harrysong was far from settled prior to the just concluded Headies award 2016. 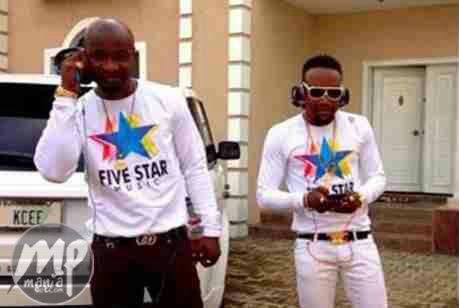 Uti Nwachukwu invited Kcee to join Harrysong on stage to receive the award in the Best Pop Single category for the hit single ‘Reggae Blues,’ which featured Kcee, Iyanya, and Orezi.

Harrysong, instead of making the acceptance speech after receiving the plaque from Uti Nwachukwu, passed the microphone to Kcee to speak.

Although Kcee initially didn’t want to join Harrysong on stage prior to Uti’s invitation, here’s what he said: “Okay, ladies and gentlemen, I’m so excited tonight. This song was just recorded in a few minutes. And when we released this song everybody bounced on it, in and outside the country. I want to say, thank you to Olamide, Orezi, Iyanya, and ‘Ya Daddy’ (Harrysong).

“You know two of us have issues to settle but we are in public. We’ll settle it and come back to you.”

Later in the night, when both of them were called to present the award of Best R & B single of the year to Darey for his song ‘Pray for Me,’ Harrysong appeared nervous standing alongside Kcee on stage, and many fans who voiced their opinions on Facebook described the ‘Better Pikin’ crooner as fidgety during the presentation.

“While you think of how to embezzle, we think of external forces” – Touching Message shared by Nigerian soldier

Sad! Russian military plane with 92 on board crashes into Black Sea

“Never bite the Finger that feeds you” –…

See this epic before & after photo of Kcee