About six months after her marital squabble,it appears talented minstrel, Tiwa Savage, is ready to mend fences with her estranged hubby, Tunji Balogun aka Tee Billz. 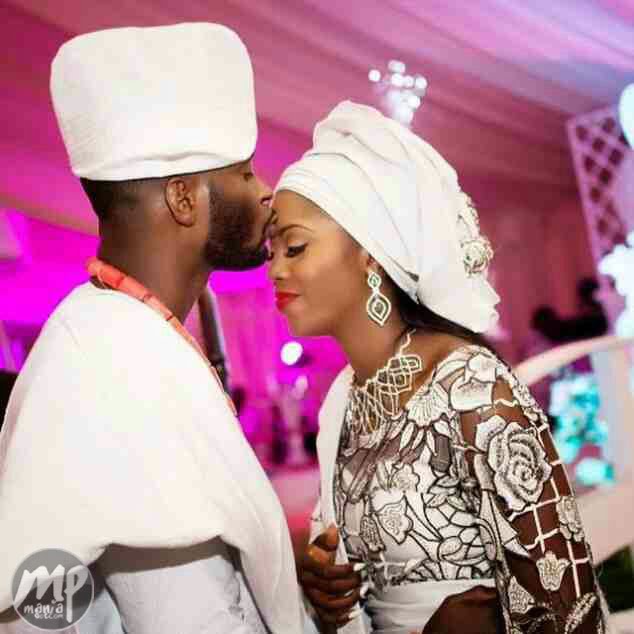 According to sources close to the singer, her body language indicates that she’s ready to reconcile with her baby’s daddy. Already, there have been meetings between both families aimed at a peaceful reconciliation,Vanguard reports.

Larry Gaaga, Tekno, others to feature in “Coming 2 America” Inspired “Rhythms of Zamunda”

Tiwa is also said to have been meeting with older couples and counsellors who have been advising her to give her marriage another chance in respect of the ‘for better, for worse’ vows she took at the altar.

Our source who commented under the condition of anonymity stated that,
“You can take my word for it that a reconciliation is in the offing between Tiwa and Teebillz. She has told people close to her that she misses Tunji, and she wants him back in her life. Also, as their son, Jamal (Jam Jam) is growing older, Tiwa wants to ensure that he has a father figure around.”
Speaking further, the source said,
“Of course, she has also given a condition that Teebillz gets help so that all the issues that led to his public meltdown will not happen again.”
However, there are also reports that Tiwa’s mom was badly hurt by the negative things Teebillz said about her on Instagram, but she’s ready to forgive and forget all because all she really wants is her daughter’s happiness.

As a pointer to the fact that Tiwa is ready to accommodate her husband, she paused her performance last Sunday at the Three Thrones concert which held at the Eko Hotel and Suites, to seek for marital advice from ‘veteran’ singing couple, Tunde and Wunmi Obe (TWO).
“You’ve been married for so long, and you’re also in the limelight; how have you managed to keep your relationship intact for all these years? There’s a lot of pressure on young couples and I’m very jealous of you,” Tiwa said right on stage.
The elderly couple responded by telling her that it is imperative to ‘marry the man you love, communication, the only third party in your marriage should be God.’

Meanwhile, Teebillz’s whereabouts is been jealously guarded like a high-value painting at a museum. His known friends in the entertainment industry have studiously maintained sealed lips in response to inquiries about where their friend is.

But it was gathered that Teebillz is presently not in Nigeria, as he travelled out shortly after the couple’s fight in April. But the good news is that the hermit guy has reopened his Instagram page which he surreptitiously closed down in the wake of the marriage brouhaha.

Highlights from Wizkid’s Starboy Fest at The O2 Arena (video)