Man sent to spend 6 Months in Jail For Stealing N50k 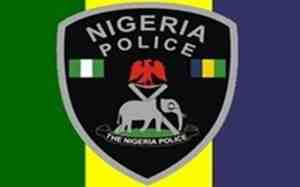 A 23-year-old man, Joshua Sunday, has been sentenced to six months imprisonment after he pleaded guilty to stealing N50,000 from one Olaoye Temitope.

He was sentenced in an Ota Magistrate Court in Ogun state on Monday. Sunday who resides at Iyana-Iyesi in Ota was convicted for stealing for removing money from the complainant’s pocket. He committed the crime at Idiroko Road in Ota at about 12.30 pm on Oct. 13.

The Prosecutor, Sgt. Abdulkareem Mustapha told the court that the accused was caught red-handed removing the money from the Olaoye Temitope’s pocket. He said the offence contravened section 390 (9) of the Criminal Code Volume 1 of the revised Laws of Ogun State, 2006.

The Chief Magistrate, Mrs A.O. Abimbola, however, gave the convict an option to pay N40,000 as fine.