Spokesperson of the Afenifere Renewal Group, Yinka Odumakin, has called on the Federal Government to enforce law and order across the board and prosecute any group found guilty of committing a crime. 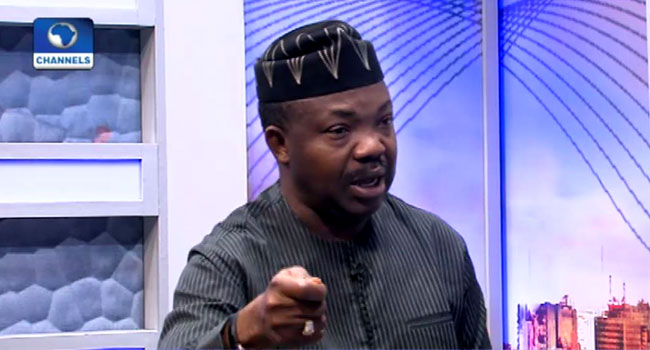 He was reacting on Channels TV Sunday Politics, to the recent killing of Mrs Funke Olakunrin, the daughter of Afenifere leader, Pa Reuben Fasoranti on Friday in Kajola near Ore, in Ondo State on her way from Akure.

“At this stage in Nigeria, we must enforce law and order across the board, we cannot continue to sheath any group from the law when it commits a crime.

“How long are we going to continue to use our blood to sustain the unity of this country?” he asked.

Mr Odumakin restated the position of the group that Mrs Olakunrin was murdered deliberately.

According to Nigerian Police PRO, Abayomi; Public Car Sex is not A Crime

“When you inspect the car in which Funke Olakunrin was killed, you will see that most of the bullets came from her side of the car, which suggested some targeting.”

He alleged that the police is not doing enough to arrest those behind the killing of Mrs Olakunrin.

“Up till this moment, the way Police are very courteous in anything that involves herdsmen, it has been so in this case. The car in which she was killed, 48 hours ago, is in the compound of Pa Fasoranti.

“We expected that if the police were interested in any investigation, that car will be with them, they will be doing forensics and all.

“In her car, she had money, phones, jewellery and they were all intact, the only person that was abducted from the scene was the driver of her backup car, which as we speak, is still with the abductors,” he revealed.

Man tried to smuggle cocaine in his underwear