SA Lady Tells story of How Her Father, Uncle and Their Friends Raped Her to stop her from being a Lesbian

South Africa Twitter User, Tells Heartbreaking story of How Her Father, Uncle and Their Friends Raped Her to stop her from being a Lesbian 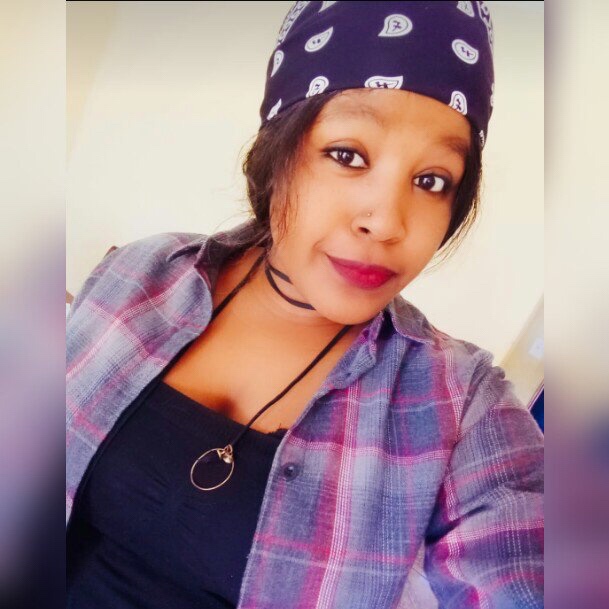 A South African lady has taken to Twitter to give the emotional narrative of how she was raped by her father, uncle and one of their friends because she is homosexual.

Mubizana’s story is really heartbreaking and just might move you to tears – she said her father still walks free after what he did to her, but her uncle and the friend were prosecuted. 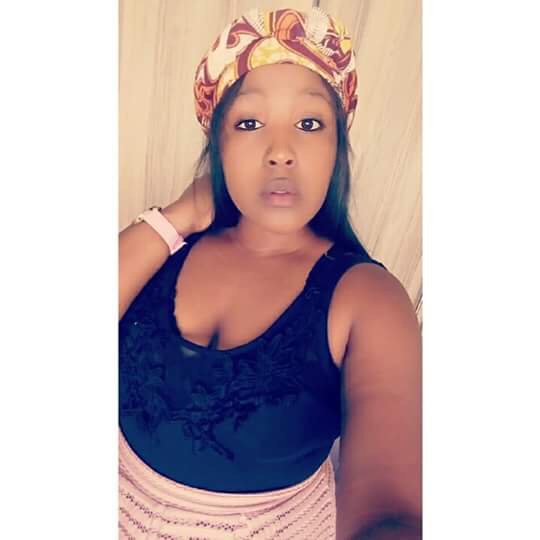 She revealed that the sexual assault was so damaging that she wondered why they didn’t just kill her – the incident still lives with her and affects her each time she gets into a new relationship. 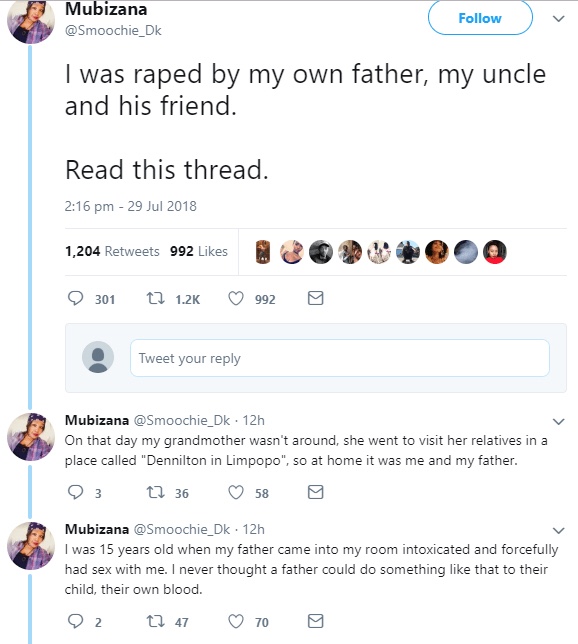 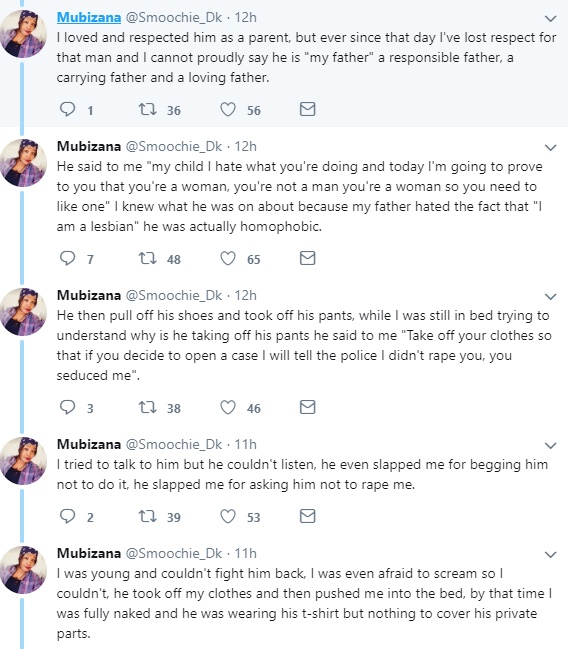 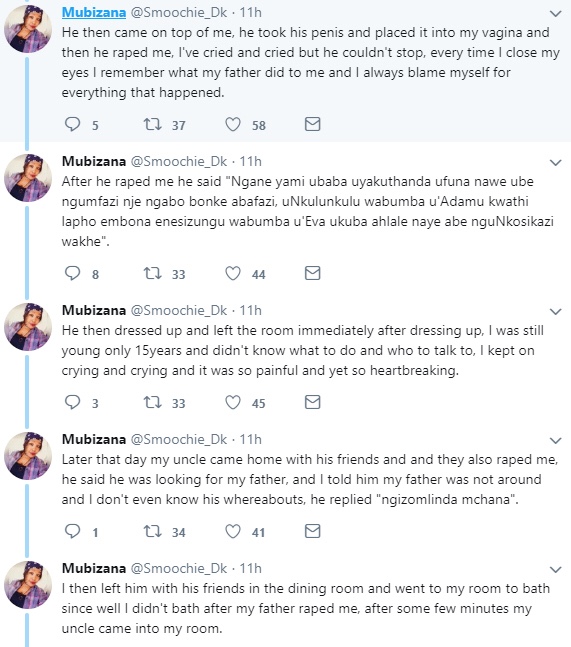 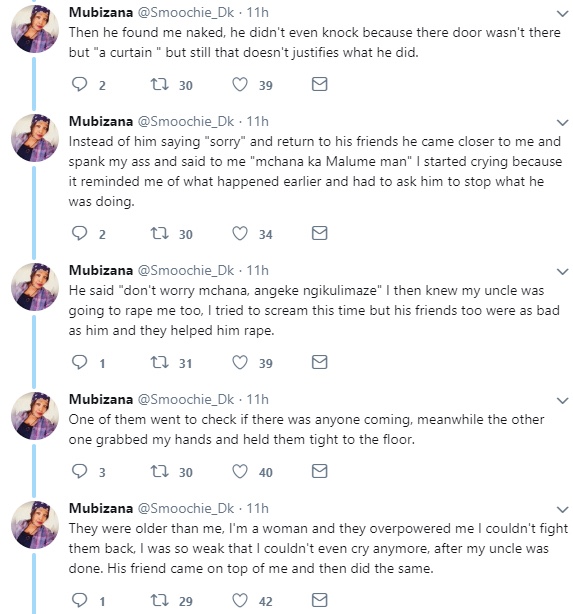 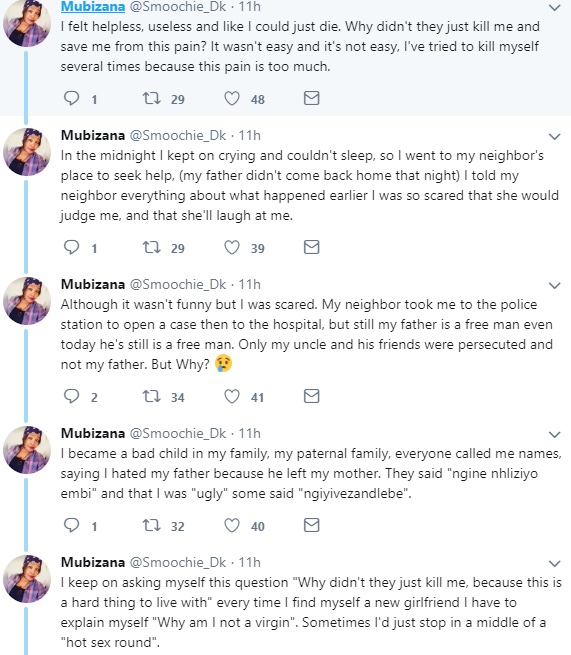 “My husband wasn’t rich when I met him” – Actress, Omotola Jalade Ekeinde

Helen Paul pens Emotional Message to Her Mum, Talks About be Born out of Rape

“I was raped by my tenant” – Actress, Foluke Daramola