In a very sad turn of events,  veteran actress Toyin Majekodunmi also known as Iya Kike, married to actor ‘Baba Kekere’ has passed on.  The actress is said to have died today January 2nd, 2017. 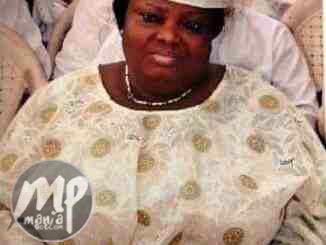 The news of her death was shared by actress/movie producer, Bimbo Success. Cause of her death remains unknown. The late Mrs Majekodunmi  featured in numerous Yoruba movies alongside her husband Solomon Majekodunmi-stage name ‘Baba Kekere.’

Prior to her moving to acting full time, she worked with the Lagos state Government under the Ministry of Information many years ago.  She is described by her colleagues as a very jovial woman who accommodated everyone irrespective of religious background.