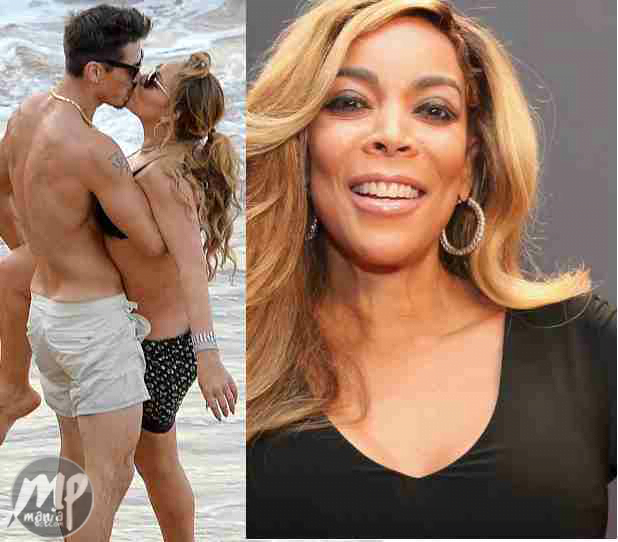 Wendy Williams has slammed Mariah Carey on her show after the singer was spotted kissing her back-up dancer Bryan Tanaka, during a recent break in Hawaii  Commenting on the snaps, the TV host said:

“Mariah Carey’s romance with her back-up dancer – if you believe what she wants you to believe then you’ll say it’s real. However, if you look at my face – what do you think I say?

“They were making out like crazy in the ocean in Hawaii – the paparazzi was there to film everything. I don’t believe this romance.”She has gone from being really cute and being really fun to being desperate and worrisome.

“I mean, I don’t worry about her – I’ve got my own problems – I certainly don’t have any worries for a 500million heiress, but I do have my concerns.”

“Like, Mariah, I don’t believe this romance for a moment. This is your way, in my mind, to cover up this James Packer break up thing and you’re still trying to pine for your $50million inconvenience fee, which by the way makes you sound like a Saturday night special.

“You also have your new reality show coming out which starts on Sunday night on E! See what I’m saying? Trying to promote something. And I don’t know what part of Mariah is so addicted to being in front of our eyeballs but she has to sacrifice perhaps her own well being.

“Like, you are a crazy girl! At this point you look crazy and I just wish you would go in your house and shut the door and just live on your money and come out everyone once in a while and do a show and have a good time.

“Your kids are adorable but they’re old enough to watch what mummy does now. You should have cancelled the reality show and tell E! you need to start this over a again.”

If you want to get James back you have to come better and harder because no one is believing you’re with this man.”

Spousal support: Wendy Williams to pay over $250K to ex-husband

Wendy Williams won’t stay together with her next husband

50 Cent: Wendy Williams gets son a 19th birthday photo with…