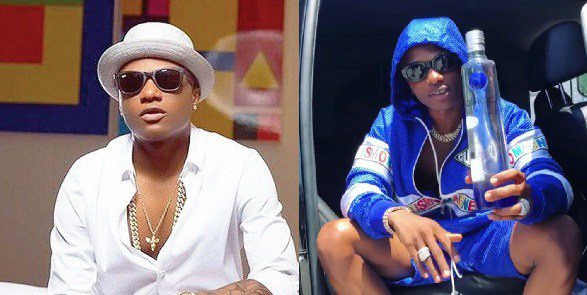 Wizkid who was seen with Diddy few days ago in the United States, has announced news of an endorsement deal with Ciroc to his fans.

He made the announcement in a series of tweets where he said; New Deal Alert! Officially with CIROC!!! Lets get it!! Big bag alert! 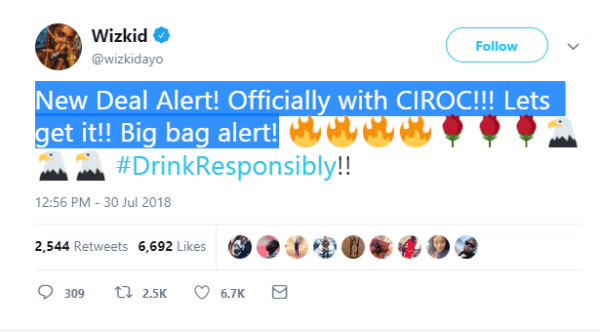 Wizkid set to drop new single “Bad To Me” Sept 14

After the announcement, Wizkid also gave a shoutout to other brands he has deal with like; Pepsi, Nike, Dolce and Gabbana. 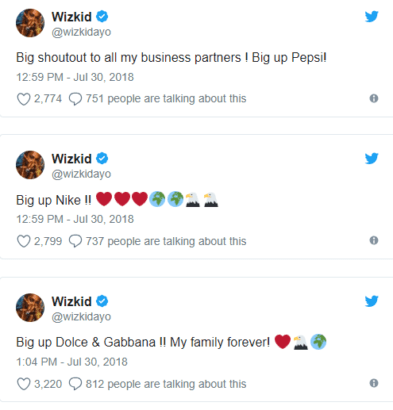 CÎROC is a brand of eau-de-vie vodka, manufactured by using grapes from the Charente-Maritime region of France. It is produced and distributed by the British-based multinational alcoholic beverage maker Diageo.

Since 2007, marketing and promotion for Cîroc has been handled by Sean “Puffy” Combs in an “equal-share venture” with profits from the brand being split between promotional partner Puffy and manufacturing partner Diageo.

Recall that at a brunch event hosted by Ciroc Nigeria last year, media personality and author Toke Makinwa, singer and producer Tekno, were announced as brand ambassadors for the luxury brand.

Singer and actor Banky W also renewed his contract with the brand as an ambassador.