Wizkid in trouble in Uganda, warrant issued for his arrest (Photos)

After cancelling his end of the year concerts on his doctor’s order and apologising to Nigerian and Ugandan fans, a Ugandan court has issued a warrant of arrest to Wizkid on charges of obtaining money by false pretense, cheating and, conspiracy to defraud, designed by Face TV lawyers of Muwema Co. Advocates and Solicitors. 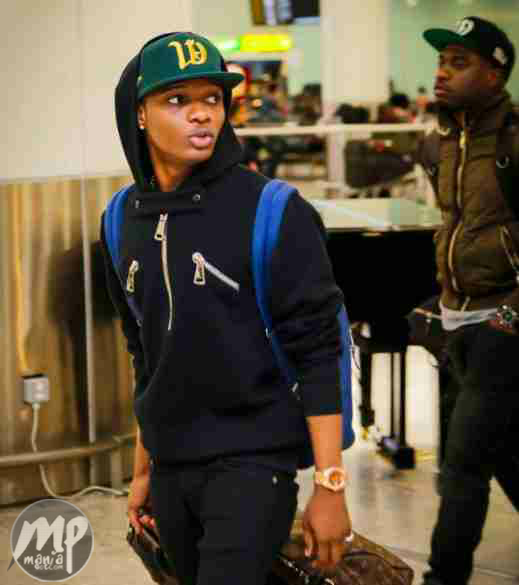 According to the Ugandan.com the filed affidavits show how between August 29th and November 29th 2016, Face TV paid to Sunday Are, Wizkid’s Manager a total performance fee of USD60,000, a brokerage fee of USD5,000 and USD3,000 as per diem for the days they were to spend in Uganda.

After their approval, the organizers proceeded to incur substantial expenses in bookings and re-bookings of flights, hotel, venue, advertisements and promotions for the concert to the tune of over USD300, 000. In the meantime, over 25,000 people had already bought tickets in anticipation of the concert.

Starboy Wizkid unveils artwork and date for the “Made In…

Wizkid was slated to perform at Lugogo Cricket Oval in Kampala on December 3rd 2016 but did not turn up.

The Magistrate has ordered police to produce the pair in the Kampala Court before or on January 16th 2017. The three counts the duo faces attracts three years each. 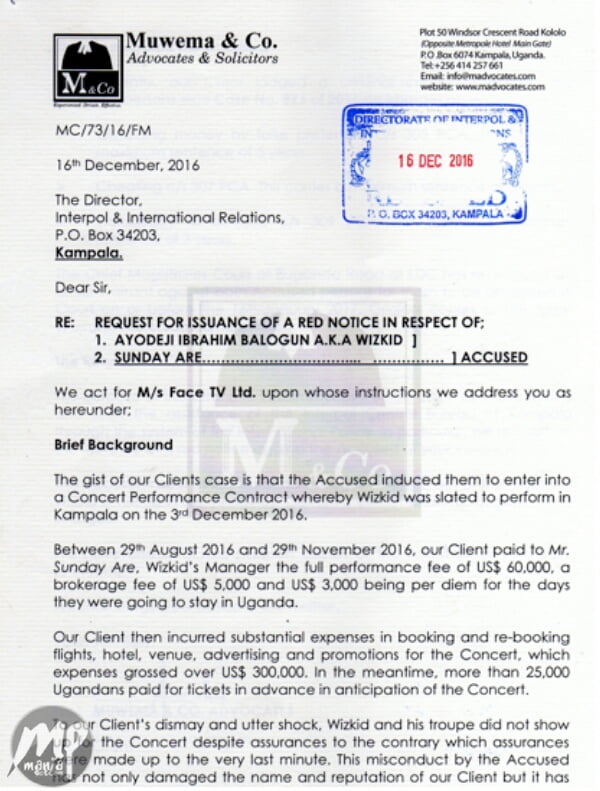 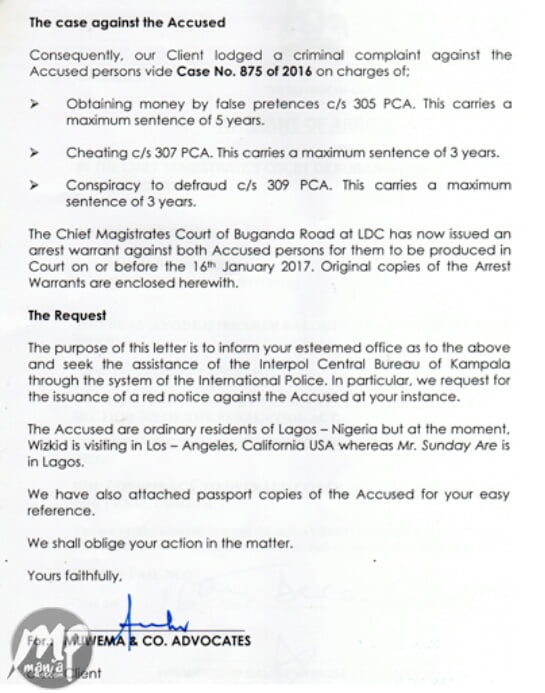 Checkout photos of President Buhari at his daughter Zahra’s wedding

Singer, Wizkid orders 100 roses for His Mum on Valentine’s…