Mixtape of the Month

Ariana Grande wants fans to know that her post-traumatic stress disorder is “not a joke,” and she documented her mental health struggle with brain scan images posted to her Instagram Stories on Thursday, April 11. 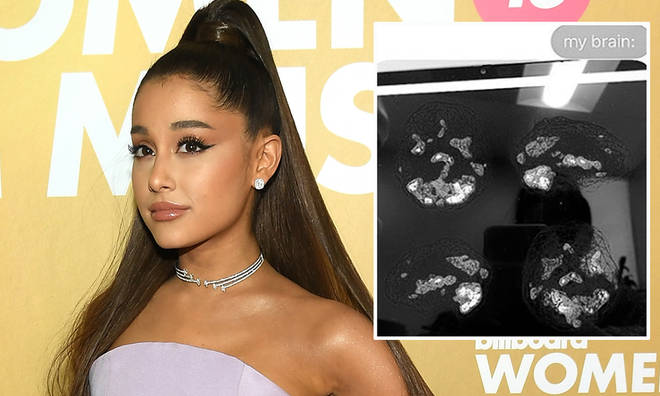 Grande didn’t provide any context, but her PTSD likely relates to the suicide bombing at her May 2017 concert in Manchester, England, which killed 22 attendees and injured more than 100 more. The singer opened up about the trauma in a TIME interview published in May 2018, nearly a year after the attack. “There are so many people who have suffered much loss and pain,” she told the magazine. “The processing part is going to take a forever. … Music is supposed to be the safest thing in the world. I think that’s why it’s still so heavy on my heart every single day.

She also said at the time that she thinks about the attack and its victims every day. “I wish there was more that I could fix,” she explained. “You think with time it’ll become easier to talk about. Or you’ll make peace with it. But every day I wait for that peace to come, and it’s still very painful.”

Grande touched on the tragedy again during a Beats 1 Radio interview that August as she described her track “Get Well Soon” and emphasized the need for mental health awareness. “It’s just about being there for each other and helping each other through scary times and anxiety,” she told DJ Ebro Darden. “I wanted to do something to make people feel good and less alone.”

“It’s also about personal demons and anxiety and more intimate tragedies as well,” the Grammy winner continued. “Mental health is so important. People don’t pay enough mind to it because we have things to do. We have schedules, jobs, kids and places to be, pressure to fit in, Instagram Stories — whatever the f–k facade you’re trying to put on, trying to keep up. People don’t pay attention to what’s happening inside.”