Eva Mendes recently confessed she needed an escape from her kids in a hilarious Sunday, October 20, Instagram post. 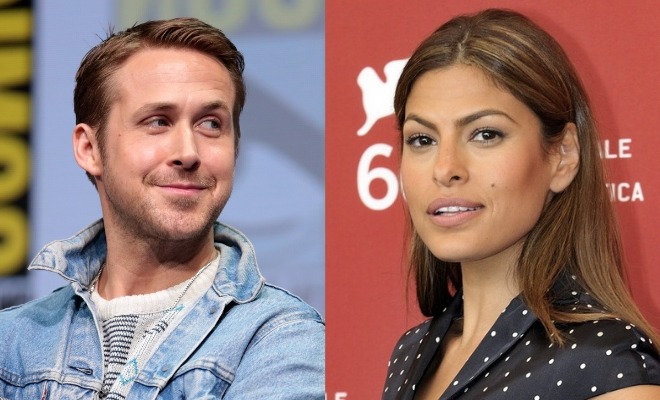 “Sunday. Still in bed. Trying to hide from my kids. (not having success),” the actress, 45, captioned the selfie, showing the top half of her face sticking out from the covers. “And no, I didn’t wash my makeup off last night. I know, I know so bad,  yadda yadda but I like the ‘next day of the night before’ eye make up look. My skin disagrees tho. To all you mamas out there, hope you find a moment to sneak away from the madness today even for a few minutes.”

The Hitch star, who shares Esmeralda, 5, and Amada, 3, with Ryan Gosling, concluded with a reference to an old bath powder commercial, writing,

“Calgon take me awayyyyy (the older moms will know what that means).”

Earlier this week, the Florida native revealed that being a mom to her and the actor’s daughters has been more difficult than she thought it’d be.

“Nobody told me it was really going to be a job, and a job I would need an incredible amount of skill for,” Mendes admitted on The Kelly Clarkson Show. “[I’m] a chauffeur, a cook, a personal assistant to an abusive boss. They’re not grateful. Any other profession you would need to pass a test, but the only test I had to pass was a pregnancy test. That doesn’t seem fair.”

The hardest part, though, is keeping them fed, the fashion designer told Kelly Clarkson. “The amount of snacks I have to carry with me all day long, and the variety,” she explained. “They like something different so you need to keep it fresh, especially on long car rides. Those are the worst. Even going to the market, I need to take food in the car to go [there].”

Mendes and Gosling, 38, have been together since 2011. The Place Beyond the Pines costars welcomed Esmeralda in 2014, and she became a big sister when Amada arrived two years later.

While Mendes took time away from the spotlight to raise their kids, a source revealed to Us Weekly exclusively in August that she is “looking to get back out there” and she’s “auditioning again.”

BiP’s Taylor Nolan single again: Getting back with Derek Peth?