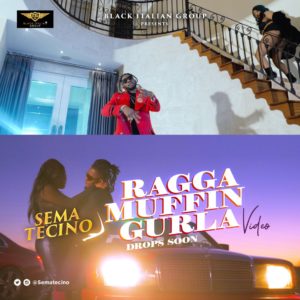 while his set to storm the forthcoming Davido’s Concert in Dublin,Ireland this February 15th as a performing supporting Act, The Fast Rising Star “SEMATECINO” sets to unleash the visual to his smash trending hit single “RagggaMuffin Gurla” that was released late 2017, Which is currently having hot play rotation on radios, clubs etc. The “RagggaMuffin Gurla” visual that is due to be release by tomorrow was shot in Ireland.