Beyonce rarely gets a date night with her husband as they are both busy megastars.

But Beyonce enjoyed some time with Jay-Z without work responsibilities or their three children as they were spotted at an NBA game in Houston on Friday. 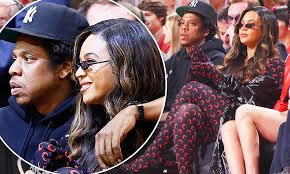 The pop sensation, 37, rocked an alluring catsuit with her rapper beau, 49, wrapping his arms around her as they enjoyed the basketball contest in her hometown.

Daring to impress, the Formation singer paired the scintillating look with a set of black high heels and small retro sunglasses.

The loved up couple – who share daughter Blue Ivy, seven,  looked to be enjoying the game involving the Golden State Warriors and the Houston Rockets.

It was revealed earlier this month that Beyonce would be partnering with Adidas to re-launch her Ivy Park athleisure range.

The mother-of-three didn’t explain why she was posing alongside the dozens of pairs of shoes but it’s likely a glimpse into the creative process and what she’ll be offering with the new collection.

The singer, who serves as a creative partner for the brand, said in a statement earlier this month: ‘This is the partnership of a lifetime for me,’

‘We share a philosophy that puts creativity, growth and social responsibility at the forefront of the business. I look forward to re-launching and expanding Ivy Park on a truly global scale with a proven, dynamic leader.’

The Ivy Park fitness collection debuted in 2016 as a joint venture with Topshop’s Sir Philip Green, with an initial line of leggings, bodysuits, tank tops and sweatshirts. 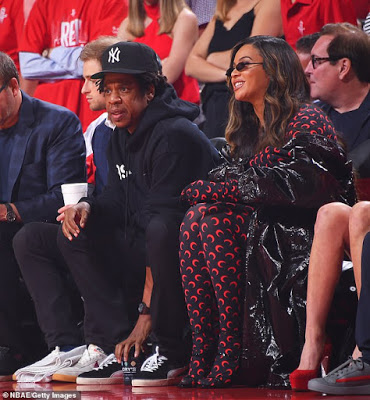 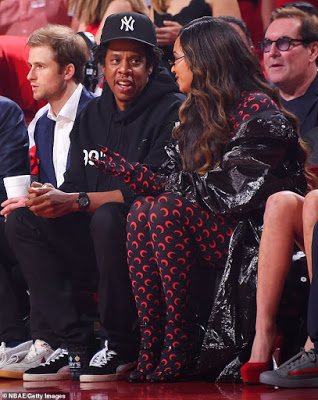 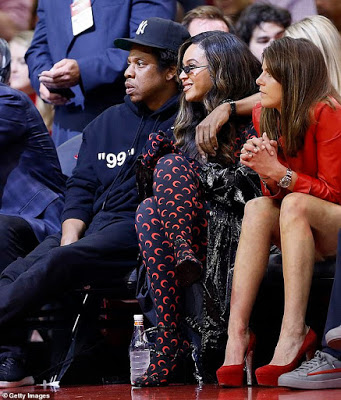 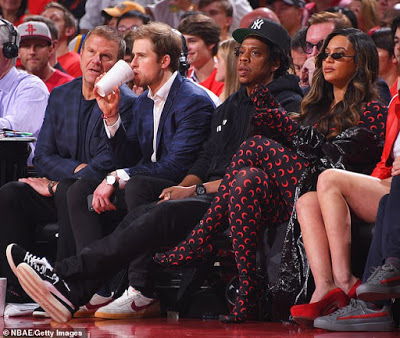