Teen Vogue celebrates Nigerian singer Odunsi, the Engine with the artist speaking about the beginning of his musical journey: 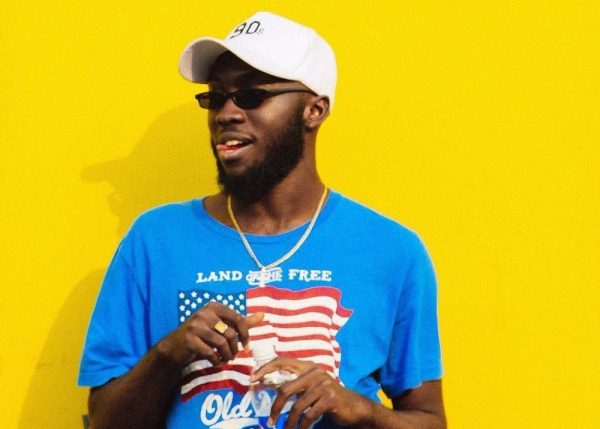 “Unpredictable” would be the best word to describe fast-rising Nigerian artist Odunsi (The Engine). “There’s usually no telling where I’ll go,” the singer casually tells Teen Vogue by phone. In a short period of time Odunsi, born Bowofoluwa Olufisayo Odunsi, has created buzz around his synth-pop-meets-R&B music that smoothly infuses afrobeat production.

Born and raised alongside his three siblings in Lagos, Nigeria, Odunsi’s interest in R&B and soul was nurtured by artists like Sade, Prince, Donell Jones, and King Sunny Ade. He would revisit these influences in his 2018 debut studio album, rare. But Odunsi’s journey to stardom hadn’t always involved smooth sailings. His teen years saw him get kicked out of high school, struggling with ADHD, and subsequently dropping out of university.

In those low moments, Odunsi found solace in making beats on his mum’s computer while she was away at work. This marked the beginning of his musical journey.

“Making music saved me,” he says about feeling overwhelmed about what to do with his life. “I used it to survive different things and that’s why I did it the first place … It’s a very confusing world. There is so much noise and many voices telling you things. It could get wild for you if you’re not so great and it was something that was happening to me.”

Adding, “I wasn’t sure who I was and why I was here, which is something that happens to most kids.”

Odunsi felt like with every form of success, no matter how little, comes a silent pressure to surpass your current reality. In his early days of producing music, SoundCloud was the global destination for young people looking to find new music. There he thrived and Odunsi, along with fellow young artists — such as Santi, Lady Donli, and Tay Iwar — were able to release and test out music outside of the constraint of having a label deal.

Not long after joining the platform, Odunsi began enjoying traction due to his seven-track EP Time of Our Lives and his subsequent joint project EP with Nonso Amadi called War. The pressure set in soon after. To deal with his newfound popularity, the SoundCloud page “Friday Cruise” was born. It served as a hub for Odunsi and his peers to put out music in a loose way and without the hassles often associated with most structured releases.

Fast forward two years, Odunsi, armed with a widely-received debut album, a cult-like following across different corners of the world, and newfound confidence hit the road for his first-ever tour across the U.K. “It was an experience that helped me know how far my music has gone and how people feel about it,” he says. “I learned a lot about myself and I learned a lot about the people that support me. It just gave me a new kind of refreshing energy.”

On his new EP Better Days / Wetin Dey, Odunsi explores the challenge to be accepted as an alternative artist in his homeland. Odunsi’s strife is also his superpower as a member of Nigeria’s burgeoning alté scene, comprised of young people looking to express themselves freely in a predominantly traditional and conservative society like Nigeria. The sub-culture has faced pushback from some cultural gatekeepers determined to maintain the usual state of affairs. Lyrics from his opening verse in “Better Days” (Where I’m from many n***as don’t like me / Where I’m from many n***as tryna fight me) reveal that the new school continues to thrive, regardless.

“I won’t pretend and say that was my intention from the onset, but I guess when you do something you enjoy, you kinda inspire other people to search within themselves to do the same,” Odunsi says about being labeled leader of the alté movement that is credited as being started by music groups like DRB Lasgidi and L.O.S.

On his new tracks from Better Days / Wetin Dey Odunsi takes a direction contrary to, “Tipsy,” his previously released sultry R&B offering featuring RAYE. “When I feel secure in something I just want to dismantle it and create something else. It’s like a self-destructive thing my mind doe,” he says. “It’s like building LEGOs. You build something then when you’re satisfied, you use those same blocks to build something else.”

Besides his talent, Odunsi had his gripping sense of style at the forefront of the tour. The tour featured awe-inspiring pieces crafted for him by his favourite designer and fellow young Nigerian creative, Mowalola Ogunlesi. For his style, much like with his music, the artist draws inspiration from celebrities like Naomi Campbell, Prince, and Pharrell Williams.

Odunsi will be back on the road in 2020 for yet another tour tagged “Angels at the Disco.” This time around, he will be touching a wide-range of arenas across Europe with new lessons and a renewed confidence.

“The first tour inspired me to go into different cities to experience people enjoying the music and just being happy to see me,” he says. “There will always be a different feel to my tours as I keep evolving. It’s like a totally new experience each time you come to see me.”