This Is How Much Time We Really Spend on Facebook 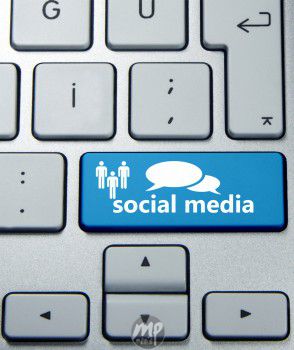 Considering our obsessive (and in some cases, addictive) smartphone use, it’s no surprise that Americans spend a lot of time on social media. And yet when presented with the cold, hard numbers, the facts still manage to startle us: social networks account for one in every five minutes we spend on the Internet, according to a new comScore report.

The report, which is based primarily on measurements from the comScore Media Metrix Multi-Platform and comScore Mobile Metrix, highlights the key trends that shaped the 2015 media landscape, including the growth in social media and smartphone use. Mobile apps—driven largely by smartphones, which now make up 79 percent of the mobile phone market— were found to be the most popular way to consume social media sites such as Facebook, Snapchat, and Instagram.

When it comes to the platform with the widest appeal, the clear winner is Facebook, which leads social networks in both audience size and engagement. In fact, more than 90 percent of American adults devote two full workdays a month (15 to 18 hours) to the social network, Quartz reports. The platform accounts for one in every six minutes spent online, and more than one in every five minutes spent on mobile devices.

While social media use can be beneficial, there are also some significant downsides. Social media obsession has been linked to higher levels of unhappiness, sleep disruptions, and even marital troubles. To kick your addiction, try one of these smart tips, such as signing off for a weekend or altering your phone’s settings.

17 Hollywood Movies You Will Refuse to Watch Two Times