As South Africans prepare for elections on May 8, opposition parliamentarians of Inkatha Freedom Party (IFP) claim that “demagogues in the political arena” are driving a campaign of hatred. 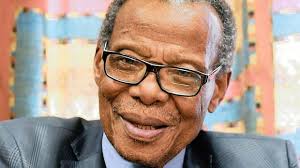 The leader of IFP, Mangosuthu Buthelezi, a veteran politician, on a campaign trail in the northern city of Polokwane, said the unnamed “demagogues” were capitalising on the biggest fears, anger and frustration of the people.

“This cannot heal our country. It cannot save South Africa. There is only one path out of the current crisis — restore integrity to governance,” Buthelezi, a prince in the Zulu kingdom, told his mostly young supporters at an election campaign rally in the northern Limpopo Province city.

He said the great debate towards the general election was the expropriation of land without compensation. But his party believed in compensation for all the land that has to be expropriated, Buthelezi said.

He pointed to the situation in neighbouring Zimbabwe in which the government there was now working towards compensating farmers whose land was forcefully taken away without compensation since 2000.

“Zimbabwe President [Emmerson] Mnangagwa now has a conscience. He has promised to reimburse the farmers. You can’t just take the land without compensation.

“The resolution of the land issue carries with it the promise of healing the wounds of the past. Land has social, spiritual and economic value. It has the potential to be the foundation of the renewed economy our country so critically needs,” he said.

“The present culture of corruption has created disrespect for the rule of law. No wonder our society is becoming more violent and more dangerous,” Buthelezi said, adding that South Africans are more worried of the future than Zimbabweans, Somalis and Sudanese that “our country is headed for disaster.”

President Buhari to depart Nigeria for South Africa on Wednesday