Thirteen persons died in an accident that happened on Wednesday in Otte, along the Ilorin/Ogbomoso expressway. 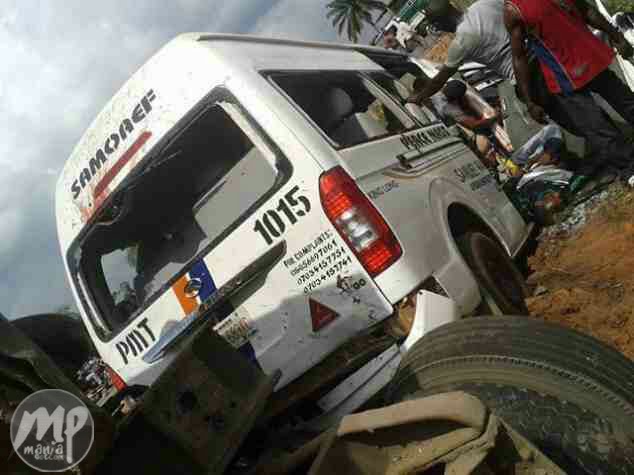 The accident involved a hummer bus and a truck.

Eyewitnesses said the bus driver was on top speed when it suddenly rammed into the stationary truck. All the passengers on board died on the spot. The bus was coming from Kaduna State.

It was gathered that irate residents went on rampage to protest the deaths. They mobilised to burn the truck but for the quick intervention of policemen, The Nation reports.

A fully-loaded bus coming from Kaduna ran into a stationary vehicle and all the passengers died.

“The trailer, which was loaded with goods, has been impounded and we are working with the Kwara State Road Traffic Management Authority (KWARTMA) to trace the owner,” he said.

Yobe commissioner sent home by governor for sleeping during presentation

Family & 13 others Die in Crash on Bauchi-Gombe road