Notre Dame Cathedral: “Fire cause may be electrical” – official

Investigators think an electrical short circuit may have caused the fire at the Notre Dame Cathedral, according to a judicial police official. 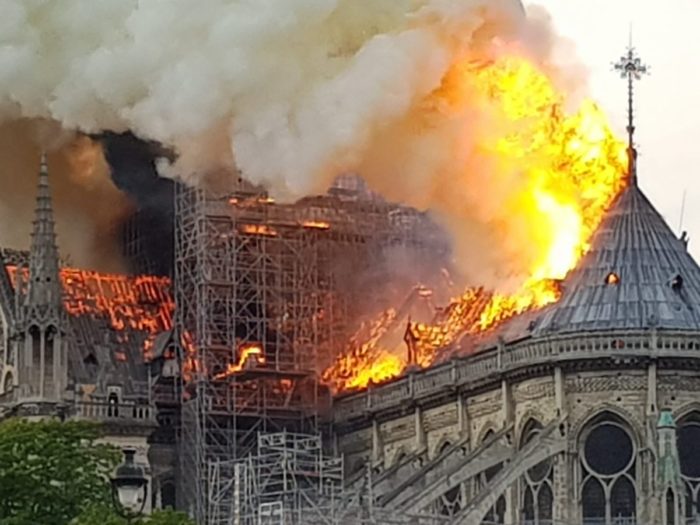 An initial assessment of the cathedral was made on Wednesday but safety hazards have prevented a search of its charred interior, the official told Associated Press.

Investigators so far believe the fire was accidental and have been questioning cathedral staff, as well as workers who were carrying out renovations. About 40 people had been questioned by Thursday, according to the Paris prosecutor’s office.

Man kills colleague and sets himself on fire

The police officer would not comment on an unsourced report in Le Parisien newspaper that investigators were looking at whether the fire could have been linked to a computer glitch or the temporary elevators used in the renovation work, among other possibilities. The prosecutor’s office said only that “all leads must be explored”.

Since the cathedral will be closed to the public for years, the rector of the Catholic parish that worships there has proposed building a temporary structure on the plaza in front of the gothic-era landmark. City authorities gave their approval on Thursday “subject to technical restraints”.

“The rector has no cathedral for the moment … but I’m going to try to invent something,” Bishop Patrick Chauvet said.

Man sets himself ablaze on the lawn of U.S. White House

Paris: Fire breaks out in the Notre Dame Cathedral

Man sets Himself on Fire near Donald Trump’s White House,…