Lionel Messi has celebrated his winning another La Liga title for Barcelona, posting an Instagram photo with his children and the Cup, with the caption: “Champions of the league, come on”. 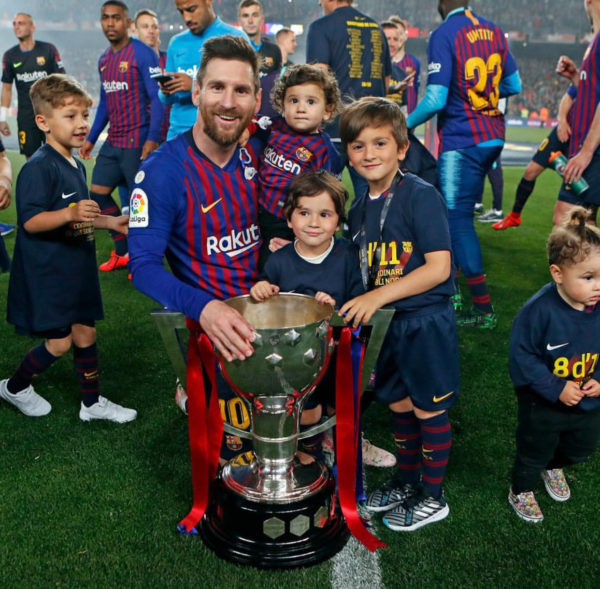 He came off the bench and scored the winning goal in a 1-0 victory over Levante on Saturday – delivering a 26th league crown for Barca.

“Messi is at the centre of all of this. The time he’s spent at Barca, as well as eras where there’ve been different coaches, the Leo Messi era has had a lot to do with him.

“If there was any protagonist or any name above anyone else it’s him. We’re not going to deny it, he’s the person who defines our style in a certain way, and his level of competitiveness pushes us all.”

Barca team-mate Luis Suarez – who has netted 21 LaLiga goals this term – added via Movistar: “We have to be realistic that he is the best player in the world of all time.

“We have to enjoy him every minute he plays, we have to be proud of how great he is.”

Man U: Messi’s nose gets bloody at Old Trafford