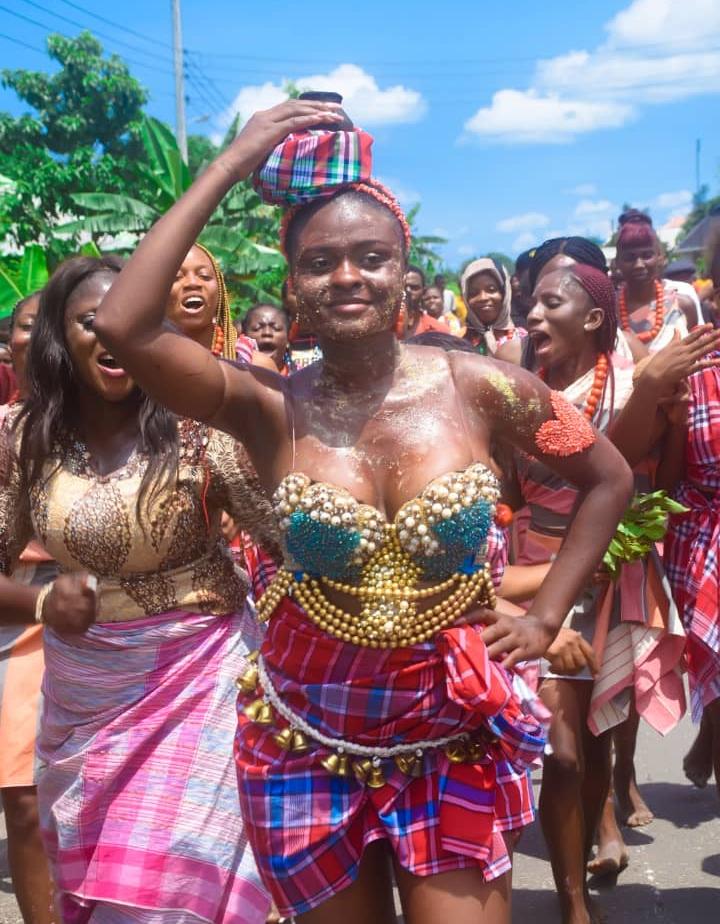 A Princess of Okori in Eleme, Rivers State, Princess Nma Appolus Chu, by all means, earned herself the sobriquet of “the face of African womanhood, culture and tradition” when she boldly and against the trend, opted to go through the full wedding requirements in the core Eleme traditional way during her recent traditional marriage to her heartthrob, Ajirioghene Ilaye, held in Okori, Eleme, Rivers State. What played out was the real marriage tradition of Eleme people like her father, HRH Appolus Chu, the Egbere Emere Okori, Oneh Oghale and Oneh-Eh Nchia Eleme X, as custodian of the culture and tradition of his people, with the full support of his daughter, embarked on a revival of the true meaning of Eleme tradition that had almost gone extinct. African richness, beauty and uniqueness of the fast-eroding traditional marital rites of Eleme people was in full display as  Princess Nma, despite her exposure, Western education and sojourn in Canada, observed all the traditional rites of her marriage ceremony.

The sole aim of the entire rites was to awaken the consciousness of the people so that what was left of Eleme tradition and culture can be saved and handed down to the generations to come; before modernisation, religion and politics strips it all away.

Princess Nma’s action is a clarion call to Africans at home and in the diaspora to reignite interest in our waning culture so we can rediscover our uniqueness as a people and find a basis for our development, rather than following the trends of other, often alien, cultures.