10 horror movies you should stream this Halloween

We are back to that bewitching time of year — that stretch of autumn when there’s official justification to bail on your plans in favour of plugging into the very unique thrill of a horror movie. 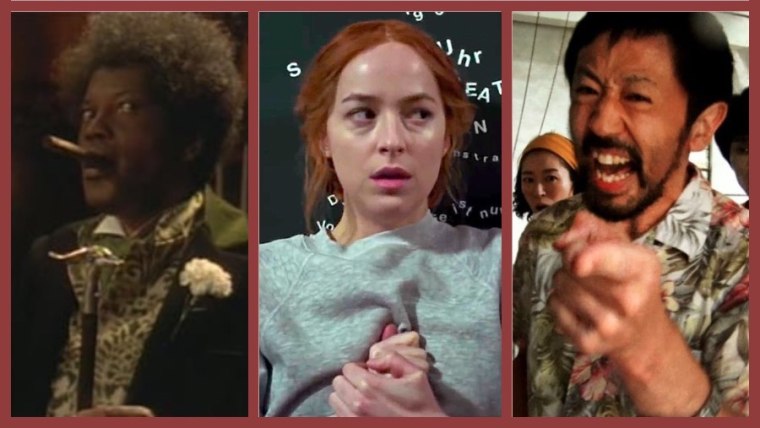 In recent years, our taste in thrillers has been pretty much limited to what streaming platforms have offered us. In many ways, this has been a double-edged sword: sure, there’s now total access to hundreds of scary movies at any time of the day without stepping foot into a Blockbuster. Still, most of the films these services have up for grabs are total duds. Don’t get me wrong, I love a campy, low budget mess of a thriller. But the only thing better than watching a really shitty horror movie is watching a phenomenal one that both satisfies and leaves you thirsting for more. How does one begin sort through the debris?

Here are 10 places to start. Our list is stacked with spine tingling cult classics, indie sleepers, and box office tankers. Maybe none of these films were as commercially successfully as they should have been, but they’re each brilliant works in their individual right. For as long as they’re preserved on our designated streaming platforms, they’re well worth a view. Check out our picks, and where to stream them, below.

It should not be surprising that Bill Gunn, a black American actor and playwright who began working in movies in the late ‘60s, had the limitless potential he displayed in two released feature films squandered (his debut work Stop remains unseen due to legal issues). 1973’s Ganja & Hess, Gunn’s second, saw only a small theatrical run and was heavily edited by its distributors before releasing on home video. The director’s cut is experiencing a renaissance, and remains a nightmarish fever dream reimagination of the vampire myth. Duane Jones (Night Of The Living Dead) plays Hess, an academic researching blood-drinking African tribes. After suffering an attack with a haunted dagger, he suffers from an insatiable bloodlust that manages to corrupt his love interest, the haughty socialite Ganja (played by Marlene Clark). The movie evokes a strong, cinema-specific delirium that feels kind of like magic — in telling a story touching on such varied themes as the weight of history, social-climbing, and the sway of religion, Ganja & Hess exhibits a jazzy power unique to any horror film made then or since. — Jordan Darville.

Luca Guadagnino dials up the queasiness for his high-camp take on Dario Argento’s 1977 classic of the same name. Don’t go into it expecting a similar technicolor romp — Guadagnino siphons the fantastical elements from the original, embalming its corpse with the grotesque political realities clouding that era in Berlin. Tilda Swinton leads an all-femme cast as Madame Blanc, the striking Bausch-esque matriarch of a dance academy seemingly thriving despite its carved-up surroundings. Entwining these brutally choreographed dynamics with deeply queer undertones and Thom Yorke’s sparse but effective score, Suspiria is as intoxicating as it is harrowing. The real horror comes after the credits have rolled, when you’re still very much inhabiting its world. — Salvatore Maicki.

The biggest cop-out in the world is to describe something — anything — as “Lynch-ian,” or specifically evoking the work of legendary filmmaker David Lynch. The term’s typically used to signify a sensing of the off-kilter weirdness that’s streaked across Lynch’s work, often misunderstanding that his worldview (to him, anyway) really isn’t all that “weird.” But the 2014 horror film Starry Eyes is an exception to this rule; Kevin Kölsch and Dennis Widmyer’s gruesome and eerie yarn meditates on a few themes Lynch is fond of, from stardom and realization of self to the pervasive force of evil in society. It’s also totally disgusting, with a third act that might have you shielding your eyes from the screen similar to every time that weird creature pops up behind the dumpster in Mulholland Drive. Watch it in the dark. — Larry Fitzmaurice.

The premise of Raw, the heady and impactful feature debut of director Julia Ducournau, sounds like the beginning of a bad joke: A vegetarian teen ingests raw meat during a high school hazing ritual, the taste of which triggers an intense, unexpected hunger for human flesh. In reality, the film has depth far beyond its b-movie concept. Raw transposes well-worn coming-of-age themes like body anxiety and self-determination to a world of visceral body horror, where youthful impulses can have gruesome and catastrophic consequences, and manages to find empathy for even the most unapologetically cannibalistic of its characters. Simultaneously more emotionally nuanced and more startlingly gruesome than the average teen horror film, Raw still resonates years on from its release. — Shaad D’Souza.

Tales from the Hood is the kind of scary movie from childhood that, even if you know it won’t frighten your adult self, the memories of it completely shaking you prevent you from revisiting. That’s my relationship to this movie. Some of its scariest moments come with the completely deranged funeral home owner Mr. Simms, the monster that has young Tyrone afraid, and the terrifying dolls possessed by the spirits of enslaved Black people from the past. But even with the memories of purely demented characters, the film has a warmth to it; so much of it feels insider-y for Black consumers in a way that seems like it wasn’t made for mainstream consumption. Those kinds of films were plentiful in the 90s. But going into 2020? Not so much. — Lawrence Burney.

Nobody knew what mother! was about, and when they found out, they hated it. It’s true — Darren Aronofsky’s 2017 film, a heavy-handed biblical-climate change-autobiographical metaphor, is a bit of a mess, one that starts off intriguing and quickly veers into absurdism. But I maintain to this day that it’s still a work of incredible art. mother! follows an isolated couple (played by Jennifer Lawrence and Javier Bardem) in their big, empty house in seemingly nowhere. Lawrence’s character spends most of her day renovating their new abode, while Bardem, a writer, suffers through writers block. One day the door bell rings, shattering the fragile peace they’ve established, figuratively and eventually literally. The un-raveling first happens slowly, little off-kilter details that, if you’re a decent human being with some understanding of social manners, will unsettle you. And then in the last 20 or so minutes of the film, things get totally unhinged, in a way that is simultaneously terrible but also, consider this, genius! A social commentary-comedy-and-maybe-semi-biopic wrapped up as a horror movie? Either way, you’ll probably never be able to look at a baby, or a sink, the same way ever again. — Steffanee Wang

I would be doing you a grave disservice by trying to explain the plot or intent of Shinichirou Ueda’s bracingly fresh, fourth wall-shattering spin on the archetypal zombie film. You just have to go into it trusting that it’s not going to be quite like anything you’ve seen before. If that vague description isn’t enough to pique your interest, look at the numbers: the film, which was made on a tight budget of just ¥3 million ($25,000) went on to gross over ¥3.12 billion in Japan and $30 million worldwide. It well earns every penny and your undivided attention. — Salvatore Maicki.

Don’t underestimate the PG rating, this 2009 stop-motion film from stop-motion visionary, Henry Selick, is a sinister descent into manipulation and family annihilation. Based on the equally disturbing novel of the same name by Neil Gaiman, the film, which stars Dakota Fanning as the titular voice, uniquely pushes its MPAA rating by enacting its body horror and cannibalism on claymation characters. The uncanny valley of their design makes it even more horrifying when the identical family behind a secret door in Coraline’s new home try to sew buttons into her eyes. Watch it with a kid and they’ll never disrespect you again; watch it as an adult and you’ll never let them out of your sight. — Ethan Wyeth Ayer.

While not ostensibly a horror movie, Mandy has all the hallmarks you’re looking for in a good Halloween scary. There’s raging fires, a demonic biker gang, and Nicolas Cage wreaking bloody vengeance with a crossbow in hand. Throw in a bad batch of LSD to make things trippy and you’re halfway to imagining the madness that ensues. Cage can be hit or miss, to say the least, but Mandy is him at his most wide-eyed and chaotic. It’s a bravura performance in a movie destined for cult classic status. — David Renshaw.

Mark Duplass, one of the major forces behind The League, leaves the laughs at home in Creep as he plays the deranged and off-kilter, Josef. The film, like any found-footage horror, tries to emulate something that could theoretically happen. Duplass’s brother, Brian Duplass, plays Aaron, the unsuspecting doofus of a freelancing videographer who responds to a Craigslist ad for a gig out in the woods. Josef hires Aaron to film a video for his unborn son, as Josef’s terminal illness leaves him with just months left to live. As the two men engage in a very one-sided psychological battle, you know something awful will happen, but the movie takes its time to give it to you. It’s low on jump scares too, which qualifies it as true horror. Plus, if you’re short on time, (or want to cut the Netflix and chill), Creep clocks in at a trim 77 minutes. — Will Gendron.