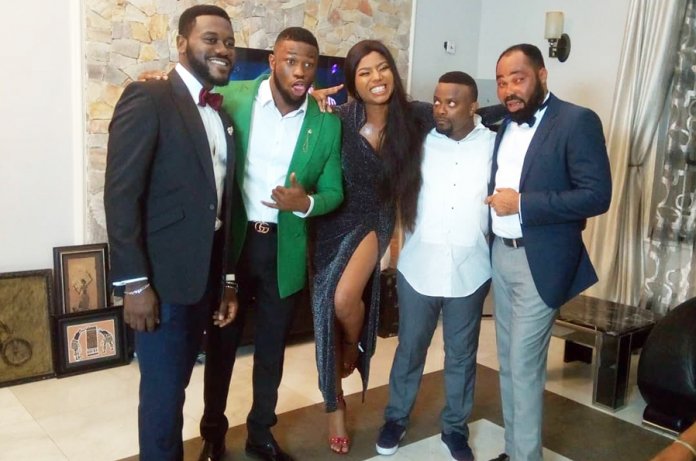 Also starring is Moses Armstrong, renowned Nollywood actor known for his gifted role interpretation. The combo of these cast offered a sterling showpiece that will linger on after the cinematic experience.

Jasmine tells the story of a couple caught in the web of their differences. He is the ‘Dream Husband’; she is the ‘Spoilt Wife’. Their marriage is ‘perfect’.  All of a sudden, she wants more; he wants more. Can this marriage be saved?

It was produced by Voguefilms Productions and directed by Moses Eskor. The movie will hit cinemas on November 15.

On the story, Yuudee Nyut, Executive Producer of Voguefilms Productions said the twists in the plot of the movie would make viewers stay glued to the screen, with a selection of amazing cast spicing-up rib-cracking comedy movie.

On the choice of location, Yuudee said she decided to spotlight Akwa Ibom to the world based on her mindset of improving the entertainment industry in the state.

“Akwa Ibom is beautiful and serene with good roads, less traffic which makes moving from a location to another easier.

I knew we would shoot as late as 2am or 3am, so I had to choose a state I was guaranteed the safety of my cast and crew members,” she said.