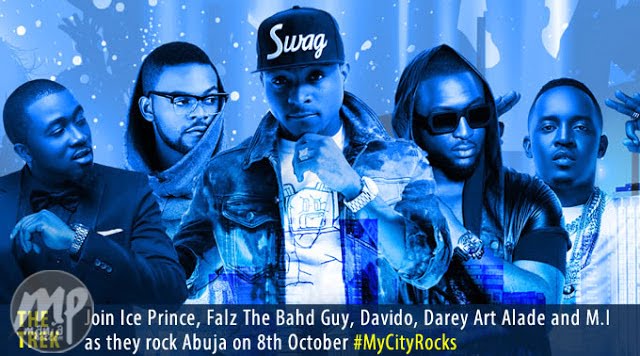 Star Music The Trek 2016 kicked off with an incredible concert in Makurdi and is moving to Abuja this weekend. The annual music concert which has a line-up of spectacular artistes released a hit track titled ‘My City Rocks’.

‘My City Rocks’ is theme song for Star Music The Trek 2016 and fans of the concert are already loving this hit track.