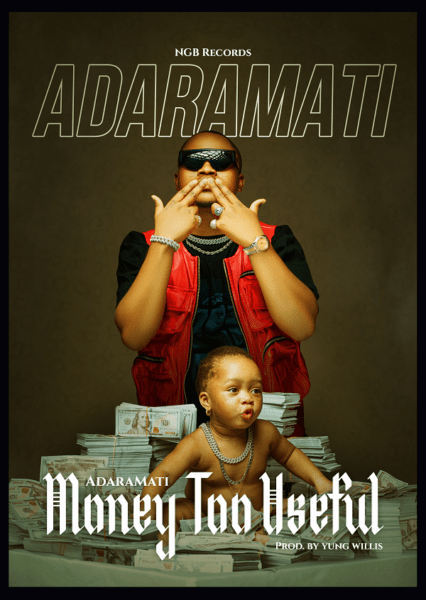 After the considerable success of his first single (On my Door) earlier in the year which went viral on social media platforms and in the Big Brother Nigerian house, The NGB Records frontline act follows up with something even more solid as he teamed up with hit record producer; Yung Willis, for his latest single.

“Money Too Useful” is a trademark Amapiano sound by Yung Willis which Adaramati laces with his catchy verses & infectious hook as he sings about the essential importance and relevance of Money in human society. His blend of Yoruba & English in passing across his message that “Money is Too Useful” gives the song a cutting edge that listeners around the world will enjoy.

The song had already gone viral in pockets of communities ahead of the official release and is set to light up charts and playlists across Africa and the World this Christmas and next year.

“He wanted to create a timeless song that will always be relevant because of its message that ‘Money Too Useful or Owo Ni Koko’ in Yoruba, and that is something that every human being can relate to”.

He also stated that he wanted to create something that people can dance & groove to.

For Adaramati, this is his Christmas gift to the World.
STREAM/DOWNLOAD MUSIC HERE