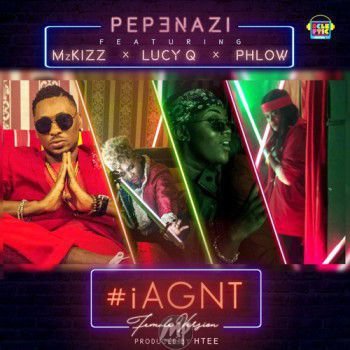 Ecleftic’s Pepenazi debuts female remix version to his trending single, I Ain’t Gat No Time featuring sensational rap female acts, Mz Kiss, Lucy Q and Phlow.
Since the release of the first original version of the song in August, 2016, a lot of MCs have jumped on the HTee produced joint, and not less than two other official versions have been dropped to date from the stable of the label imprint, including; the remix version that featured Reminisce and Falz, as well as a Competition Remix (ft. Sisdab & Lalafresh).
Related Posts

The single is accompanied by a Clarence Peter’s shot video. This is another joint that is above board. Cop!