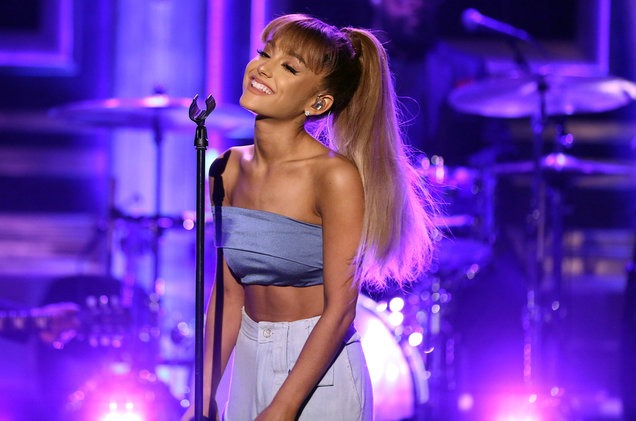 You’ll be familiar with the Kylie Jenner “Riiise and Shine” meme from some tweets below. It all dates back to a tour of the Kylie Cosmetics office in which Kylie wakes daughter Stormi from a nap and sings to her in, let’s say, a unique way. It’s always best to be polite.

Ariana Grande posted this on her IG stories asking Kylie if she can sample "Riiise and Shine" pic.twitter.com/mFNe8L0Xt0

The clip has gone viral in the past week and inspired multiple memes across social media. On Wednesday night, shortly after a show at London’s O2 Arena, Ariana Grande jumped on the meme. In an Instagram Story she sang the iconic line and added “@kyliejenner can i sample.”

Jenner is nothing if not a savvy entrepreneur. She’d be smart to let a superstar like Grande take her musical moment and turn it into a chart-topper. Is it too late to add it to the new Charlie’s Angels soundtrack?

Photographer, Jonathan Mannion talks on the importance of quality

Billionaire Kylie Jenner shows off her collection of luxury cars