If there was an awards show for celebrities who blow money fast, MC Galaxy will probably cup one for acquiring the 2019 Mercedes AMG Benz car. 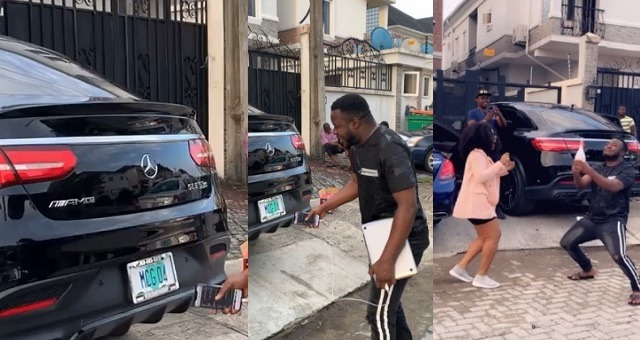 The singer who sometimes makes controversial headlines recently showed off his prized possession on social media.

Interestingly, Laura Ikeji, who is apparently his best friend was also present at the scene to have a look of the new car. The singer could be seen and heard telling his best friend to check out the interior of the luxury car.

MC Galaxy could also be heard saying that it was his third purchase of a Mercedes Benz in one month. This would be mean that the singer has splashed millions on the cars and is not looking to slow down anytime soon.