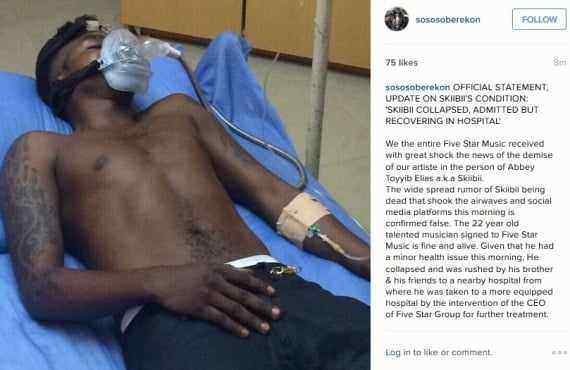 Again, According to Linda Ikeji (As She Started the Rumour)… We SeeHer Post Goes this way:

I’m extremely cool with Soso Soberekon and Kcee so I really didn’t expect them to get me involved in something like this. But they swear it’s not a stunt and that when Soso confirmed Skiibii’s death to me, they genuinely thought he was dead. But it took them 2 hours to find out he wasn’t dead after all and called me back to say he was alive? *sigh*. Anyway, they just released a photo of Skiibii supposedly in a hospital receiving treatment with a statement…which you will find after the cut…and there’s something else a LIB reader called my attention to. See for yourself and be the judge…

‘We the entire Five Star Music received with great shock the news of the demise of our artiste in the person of Abbey Toyyib Elias a.k.a Skiibii. The wide spread rumor of Skiibii being dead that shook the airwaves and social media platforms this morning is confirmed false. The 22 year old talented musician signed to Five Star Music is fine and alive. Given that he had a minor health issue this morning, He collapsed and was rushed by his brother & his friends to a nearby hospital from where he was taken to a more equipped hospital by the intervention of the CEO of Five Star Group for further treatment. Skiibii is currently recuperating at a private hospital, Please disregard negative information hitherto passed. Death is not something to play with. Kcee and Five Star Manager Soso Soberekon are currently in Europe on a tour.

On his suppose demise as confirmed by Five Star Music or the label’s manager – At best, it was a miscommunication. The official social media accounts for future updates on every thing as regards the label, artistes and music are: @iam_KCEE, @iamMrSongz @Skiibiiand @FiveStarMusicNG (on Instagram). Thank you for your concern and support. 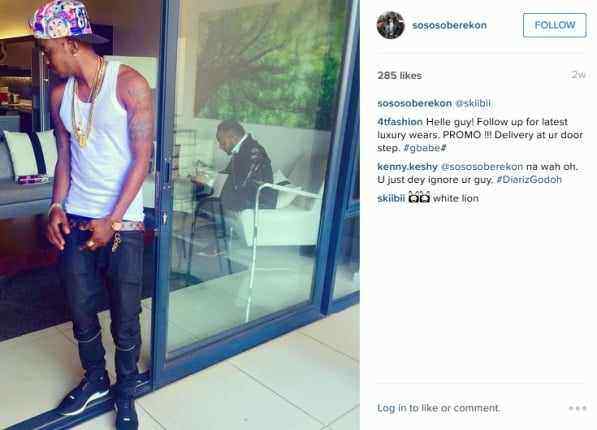 And this is a photo of Skiibii taken after he supposedly collapsed today. Looks like same outfit to me…and same location. *sigh* 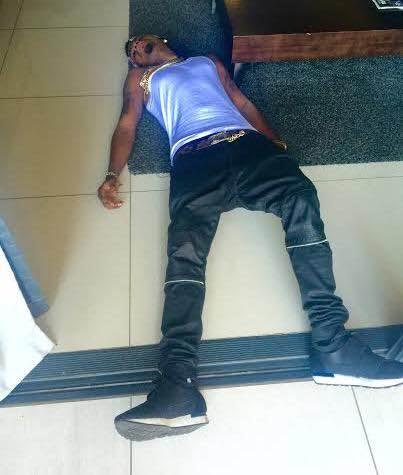 I Dont Understand Whatsupp for Real, getting more confused right here, and Harrysong has refused to reply my messages…. Stunt Gone Wrong or Truth??