Empire actor Terrence Howard and his wife, Mira Pak have welcomed their second child together – a boy named Hero. 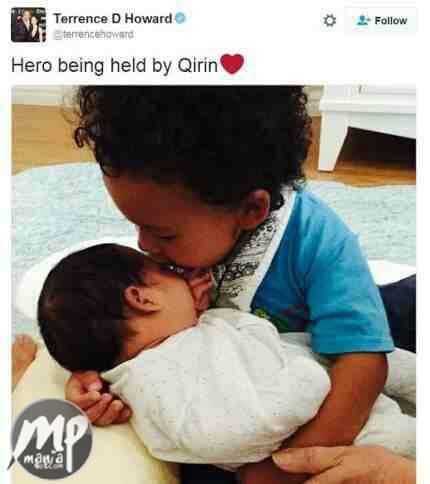 He announced the news by sharing a picture of the new baby being held by the couple’s older son, 15-month-old Qirin.

He tweeted it along with a heart emoji: ‘Hero being held by Qirin.’ This makes the boy Terrence’s fifth child as he has two daughters and a son from a previous marriage, as well as two grandchildren.