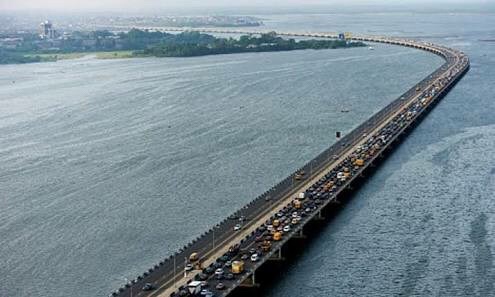 The Federal Ministry of Power, Works and Housing, in collaboration with the Lagos State Government will temporarily close the 3rd mainland bridge from today August 23rd to Sunday August 26th.

A statement released by the state Commissioner for Works and Infrastructure, Ade Akinsanya said the decision was taken after due consultation with the Federal Ministry of Power, Works and Housing.

Akinsanya said the four-day closure,will enable the contractors assess the true state of the bridge after which repair works would commence by the end of the year or early in 2019.

On alternative routes to be used by motorists, Akinsanya said motorists from Lagos Abeokuta, Agege, Ogba and Ikeja to make use of Oshodi via Mushin Ojuelegba to connect Carter Bridge into Island, while those from Ikorodu, Maryland are to make use of Funsho Williams Avenue, formerly, Western Avenue via Yaba to Oyinbo and connect Eko Bridge into Island. Motorists from Okokomaiko, Festac, Oshodi-Apapa Expressway are enjoined to ply through Ajegunle via Marine Bridge to Ijora to connect Carter Bridge to Apongbon into Lagos Island.

Conversely, motorists from the Island are expected to ply Eko Bridge and Carter Bridge into Mainland, while those in Lekki Ajah can also make use of Epe axis through Imota into Ikorodu.

All traffic management agencies including the Lagos State Traffic Management Authority (LASTMA), Federal Road Safety Corps (FRSC) and the Police, among others, have been mandated to ensure smooth flow of traffic on all the other alternative roads and traffic corridor across the metropolis to ensure free flow of traffic.

Bobrisky hides his face & her body while riding ‘okada’ in Lagos