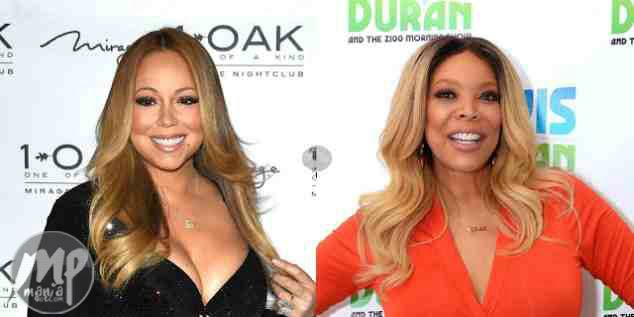 During her latest episode of her morning talk show, Wendy said:

“Mariah, I told you he wouldn’t marry you,”

“I told you your antics would make him sick. Do you all recall me saying this all along?… I don’t think Mariah needs to change who she is but she needs to find the right person who would put up with that mess…. Bad for her love life, but great for our watching.”

“You know a man is really done when he says, ‘You know what? Keep the ring.’ A $10 million ring. This is how much he’s done with her,” she said.

“So I’m sure that when he met her, she was across the room and she was very gorgeous and she was glittery and drinking champagne… and yeah, men are attracted to that. He sashayed over. He knows who Mariah Carey is. He just doesn’t know the fine writing below.”

“She is annoying. She doesn’t turn this off. This is not an act — This is really her.”

WTF! Lady’ shares video with her lover as they are about to have se.x

Spousal support: Wendy Williams to pay over $250K to ex-husband

Wendy Williams won’t stay together with her next husband

Wendy Williams announces Her Return to the TV Scenes