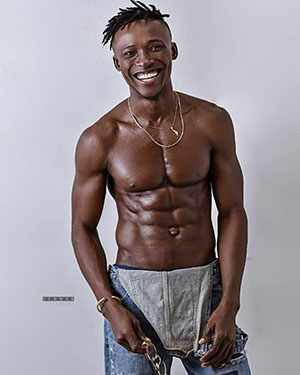 Kiaani, a Ghanaian rising Afrobeat talent has is making great contributions to the Afrobeat genre and the music industry in general around the world.

His says his music carries a massage and he wants to preach to the world.

Since the release of his highly anticipated singles “Who´s the King?” and “Give me More”, Kiaani has established himself as one of Afrobeat’s top rising stars.

Kiaani might have come to limelight recently but the young artiste has become a celebrity. Driven by extraordinary energy and ambition not limited to music, he has been making his country’s latest and biggest hits from the new “Money” to the hugely successful “Ginger Me”.

Kiaani explains that the up-tempo sound with its crazy energy owes its origin to rave parties, vibes, energy, dance, are all central components to his music.

The melodious way Kiaani freestyles in his music reveal his passion for his craft.

Even before he became a music artiste, he was already known as a street artiste, who did music freestyle effortlessly. The secret behind this freestyle flows unusual as the conventional style as Kiaani doesn’t even have to follow the rules of music where one has to brainstorm and write down the lyrics.

When Kiaani was asked about the beginning of his love for music, he stated that he had always been a lover of music right from his early days when he used to be a radio keeper for his dad.

He said his parents kicked against the idea of him becoming a music artiste but then turned around to support him when they saw his passion and talent. He said that they are now among his ardent supporters.

The unique Afropop, Afrobeat, dancehall artiste sings in English, Twi and Ga, which are Ghanaian languages.

Although, the Ghanaian music industry has been seeing some vibrancy over the years, Kiaani does not see it as a success story yet. He believes the music industry can do better by having more music artistes being true to themselves. He argues that people don’t appreciate change most time and will rather pay attention to the big stars only.

He asserted that real talents are not being recognized while those without real talent are trending. He feels this is not fair, adding that this is one of the reasons why the country could not bag any nominations at the Grammys.

He said, “I know there are great musicians in Ghana; but my style is different, and I am sure I will be liked by Ghanaians.”

He says this is because he puts life into his music where his passion, melodies, lyrics and story lines are all contributing factors.

He has released songs like “Monalisa”, “No Size” and “Vanavakpo”.

He posits that his music carries a message and he wants to preach to others. He also wants to tell the stories of those who don’t have a voice. This is manifest in some of his songs like “For Better For Worse” where Kiaani advises married couples to work out their issues and not rush to divorce because he believes the vows they exchanged are powerful and should not be taken for granted.

Again, in his single track “Distance Love” directed by Slingshot and produced by Mr. Leham Mix, he portrays the love between two people, who are separated by distance. He also states there that the love isn’t only for couples but also between families and friends.

In one of his tracks, “Give Me More”, he talks about how you meet some people and you wish you had met them earlier or wish you would have more of them. He said this could be seen in how women win men’s attention when they are looking good and attractive. This track has its origin from the typical African woman, whilst also speaking about the strength and power she holds.

He is currently signed to the record label “Triff Music”.

Erkuah Clocks Another Year In Style

I was self-taught in creating music – Galaybanton

Buju is the Cover Artist For Mainland BlockParty’s Audiomack Playlist